Angry about the trend of corporate fashion brands ripping off young indie designers?

Then Adam J. Kurtz‘s new online store is made for you.

The Brooklyn designer and artist created an “Unauthorized Reproductions” store on Wednesday devoted exclusively to selling designs that were allegedly ripped off by Zara—the massive fashion company at the center of a design theft scandal this week.

The store features the work of 12 indie artists whose pins and patches are suspiciously identical to ones that showed up in Zara’s 2016 summer catalog. Included among the artists is Tuesday Bassen, the popular underground designer whose legal battle with Zara went viral after she posted the company’s condescending response to her claims online. 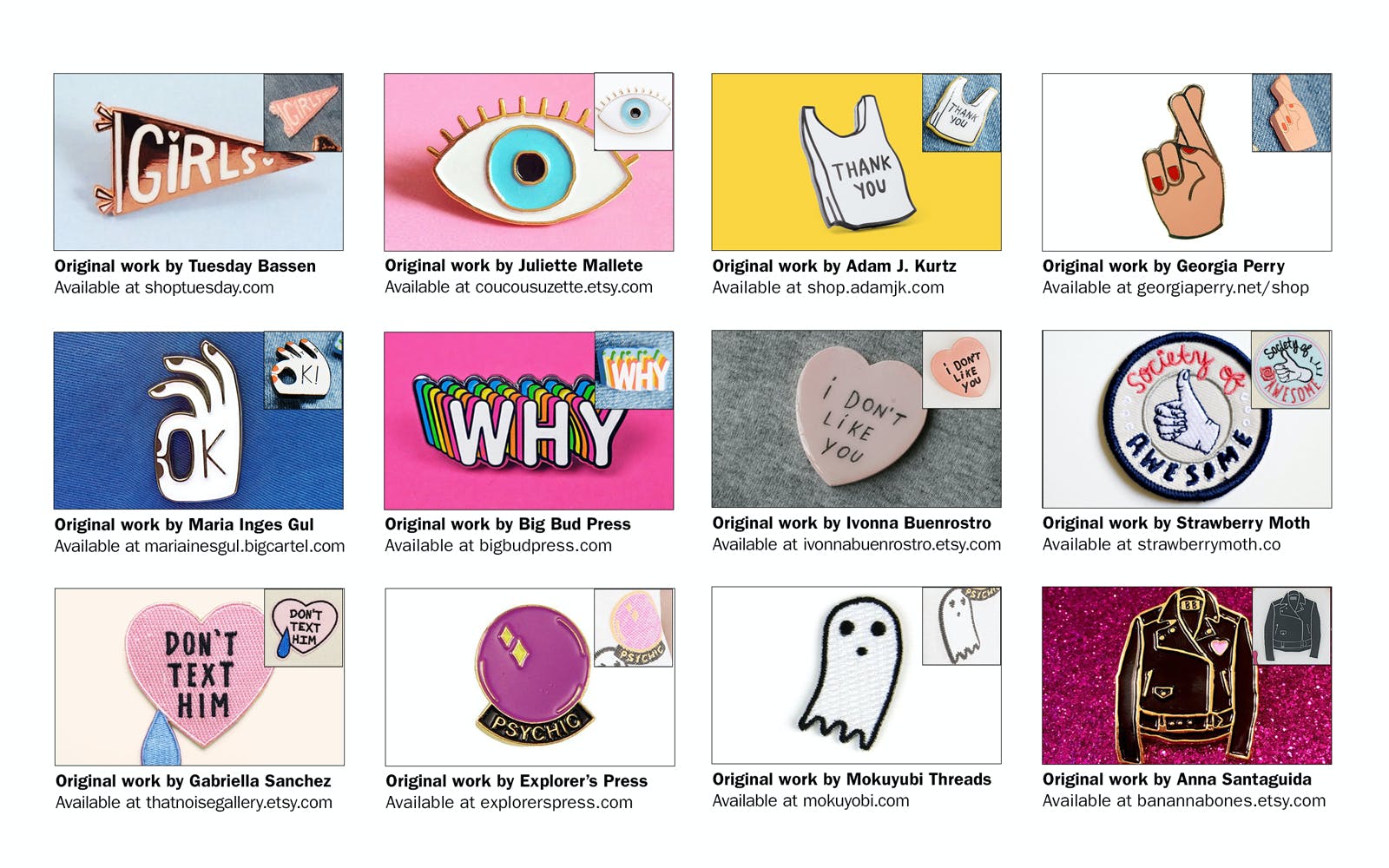 The original designs are shown on the store page alongside the alleged Zara copies. And yeah, they are exactly the same. Oof.

In a statement on the site, Kurtz said that the 12 artists represented is just a small and recent portion of the many indie designers who have accused Zara of design theft over the years.

Some of the offending items displayed on this page have since been removed from ZARA-owned websites and updated links reflect artist comparison photos or archived images. Several artists have had multiple pieces of artwork (appear to be) stolen, though only a primary example is shown. The purpose of this site is not to showcase all instances of alleged intellectual property violation by ZARA, simply the ones noticed by artists who make pins & patches, in June-July 2016, and in relation to the original legal claim made by artist Tuesday Bassen, who bears the brunt of this violation.

Zara is just one example of a financially powerful fashion brand that has been accused of ripping off indie designers over the years. Similar accusations have been lobbed at Urban Outfitters, Forever 21, and just about any “fast fashion” company you can think of.

As designer and creative consultant Nicolette Mason told the Daily Dot on Wednesday, constant design theft is “pretty common” among the big brands.

“The simple reason is that the big corporate brands have the money and legal teams to make it go away,” said Mason. “And indie artists don’t.”