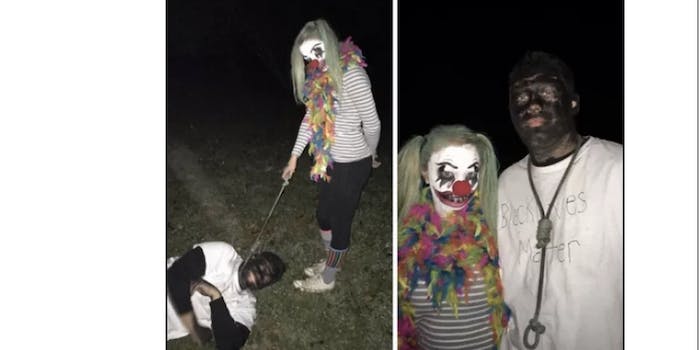 Student dresses in blackface and noose as a Halloween ‘joke’

Enough with the deeply racist costumes.

Looks like we might’ve declared the most offensive costume a little too early this year.

A high school student from Circleville, Ohio, went full-bore racist over the weekend, sporting blackface, tying a noose around his neck, and wearing a Black Lives Matter T-shirt. He then had a photo taken of a white girl in a Harley Quinn costume holding a sword to his neck as he lay on the ground. 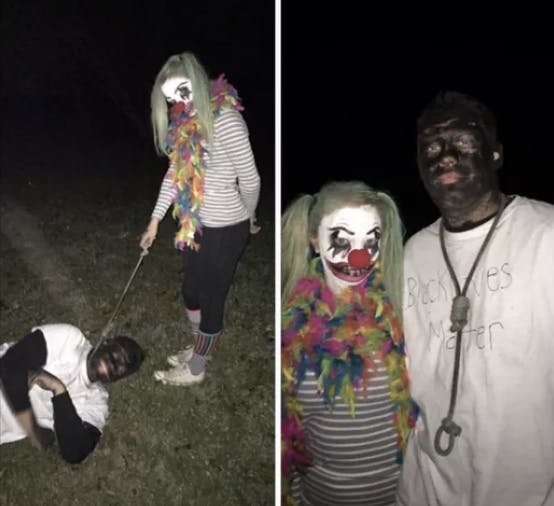 According to Fusion, the Logan Elm High School student in blackface was the one who likely posted the photo first, and another student on Twitter (whose has since locked his account) came to his defense, saying, “Well for one it was a damn joke. Two it was for a Halloween party. Third everyone loved it and laughed about it.”

Great, cool. Carry on with your attacks on an entire race of people who were once strung up and killed in the manner you think is so funny and festive.

Now is as good a good time as any to advocate for mandatory classes in black history—aka unabridged, non-Euro-centric American history—in all high schools across the country.