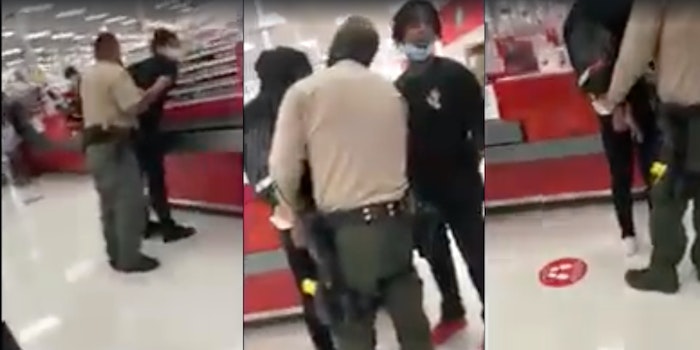 They say Target employees blocked the exit with shopping carts to prevent them from leaving.

Cellphone footage of three Black teenagers—ages 16 and 17—getting detained inside of a Target has gone viral and prompted an apology from the retail giant.