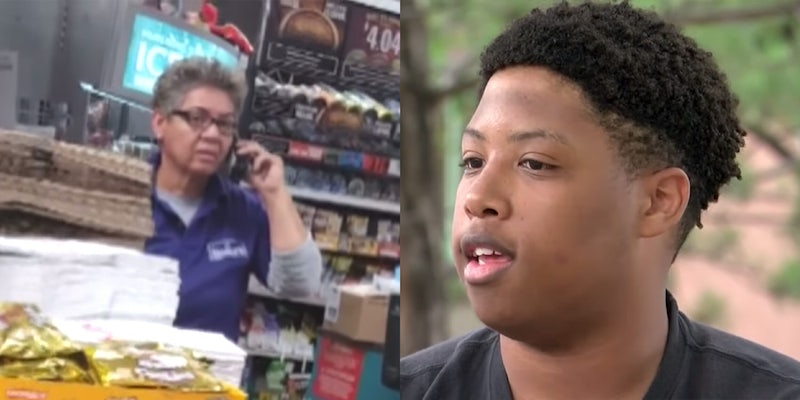 'The first thing that popped in my mind absolutely was just discrimination.'

A college student was browsing the aisles at a convenience store in Santa Fe, New Mexico, last week when the clerk called the police on him for being “arrogant” and “Black,” Vice reports.

The student, 22-year-old Jordan McDowell, said he had already paid for some candy but that the clerk was “watching” him continue to shop and accused him of being “sketchy” before calling 911.

He filmed the 911 call, and the footage shows the clerk telling the dispatcher she wanted McDowell to leave the store “right now.”

“Because he’s arrogant, because he’s Black,” the clerk can be heard saying. McDowell says in response, “Oh, so I’m arrogant because I’m Black?”

KRQE reports that the police officer who arrived to the store didn’t ask to see McDowell’s ID and agreed he did absolutely nothing wrong by browsing the store. Meanwhile, the clerk has insisted that she didn’t mention McDowell’s race in the 911 call—even though the clip clearly shows her doing so.