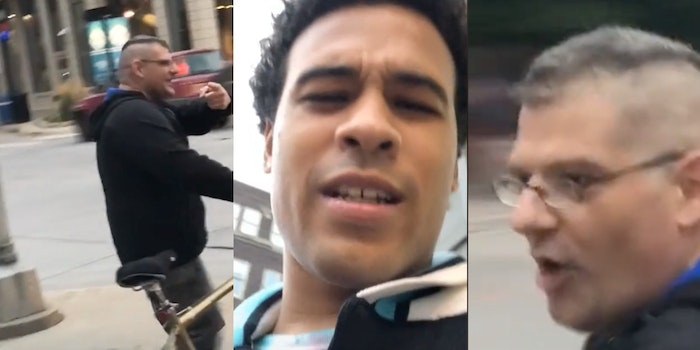 'It's white Americans who own this country, not you!'

Viral videos that are now trending on Reddit show a bicycling racist shouting slurs and threatening to shoot Black men.