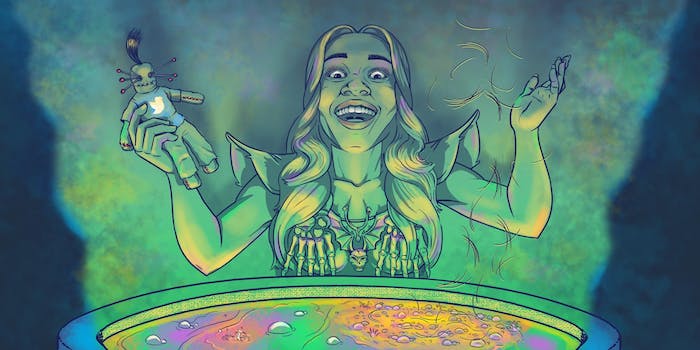 Is Azealia Banks sacrificing chickens in her closet?

According to her Instagram story, it seems she is.

Azealia Banks has had a hell of a year, from being criticized for lightening her skin to being suspended from Twitter after calling Zayn Malik racial slurs to fighting with Russell Crowe. And now she’s ruffling feathers again (lol) for posting an Instagram story in which she attempts to clean residue from chicken sacrifices off her floor.

“The amount of crap that’s about to come off my floor right now you guys,” she says in the series of videos, which are only available for 24 hours after they’re posted. “Three years worth of brujeria. Yes, you know I gotta scrape all this shit up. I got my sandblaster, my goggles. Real witches do real things.” She also posted a photo of a wall with the word “BAKULU” and a skull painted on it, with the caption “Blood stains the wall.” 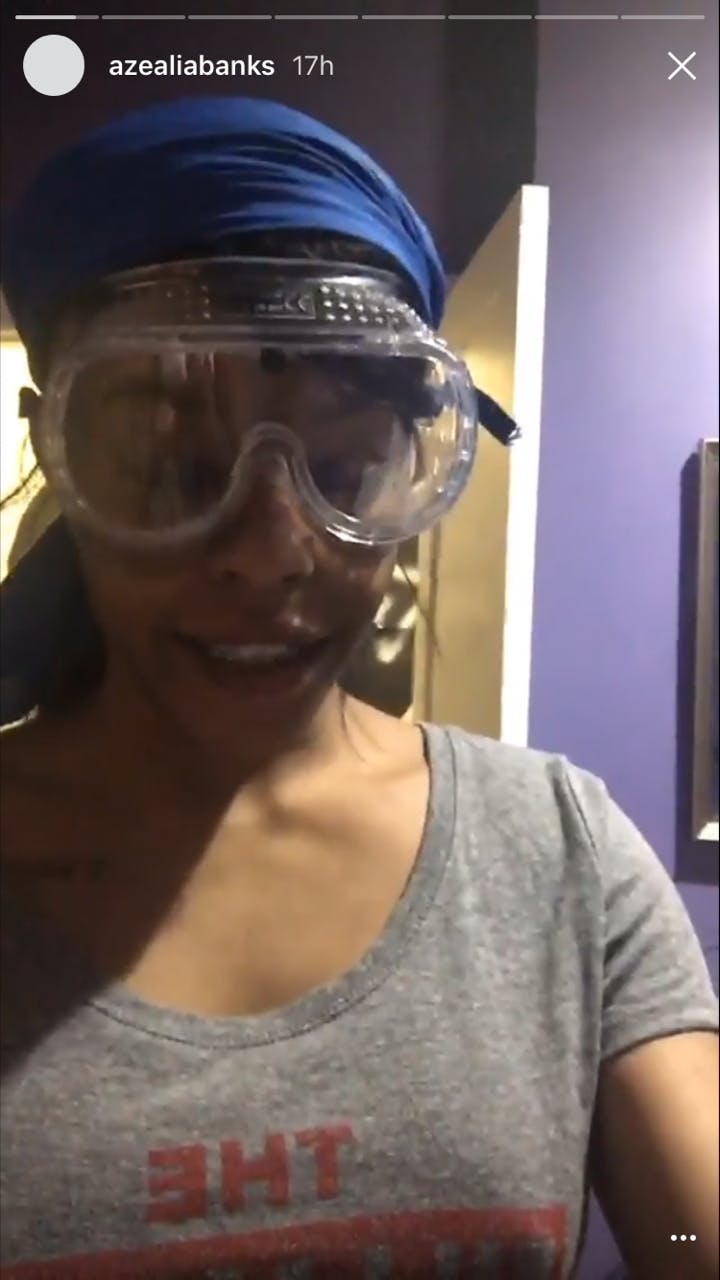 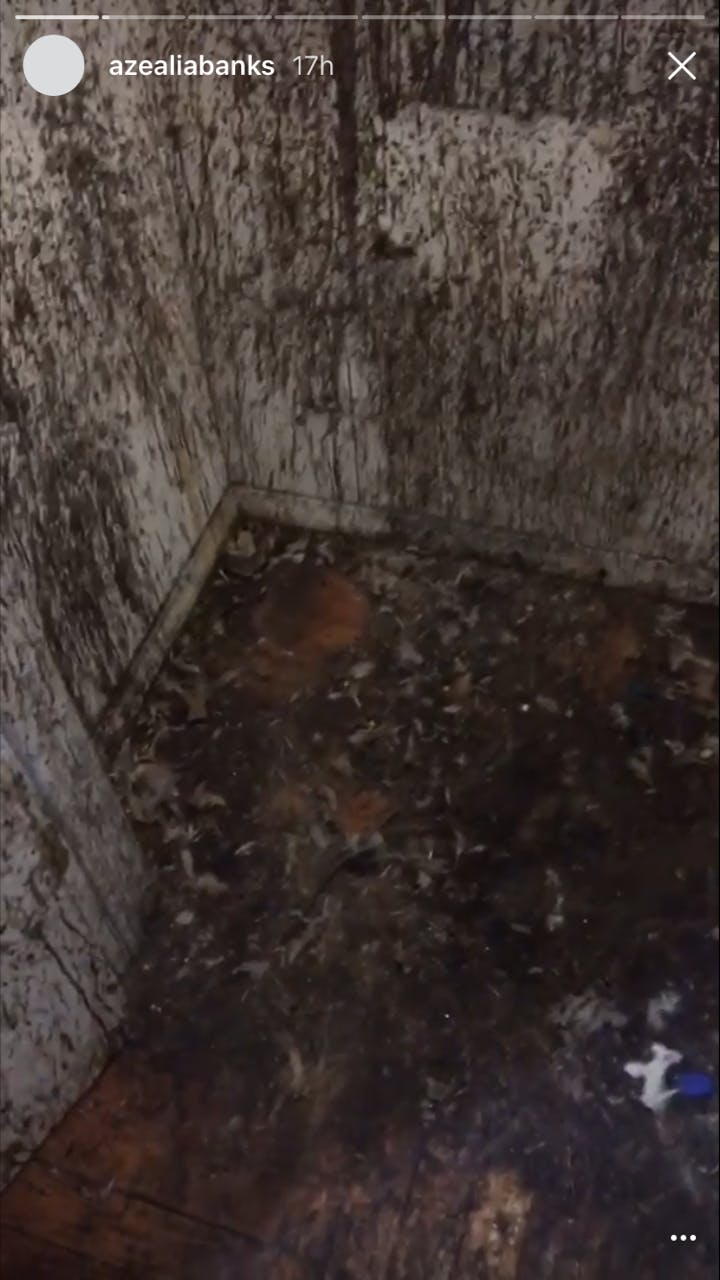 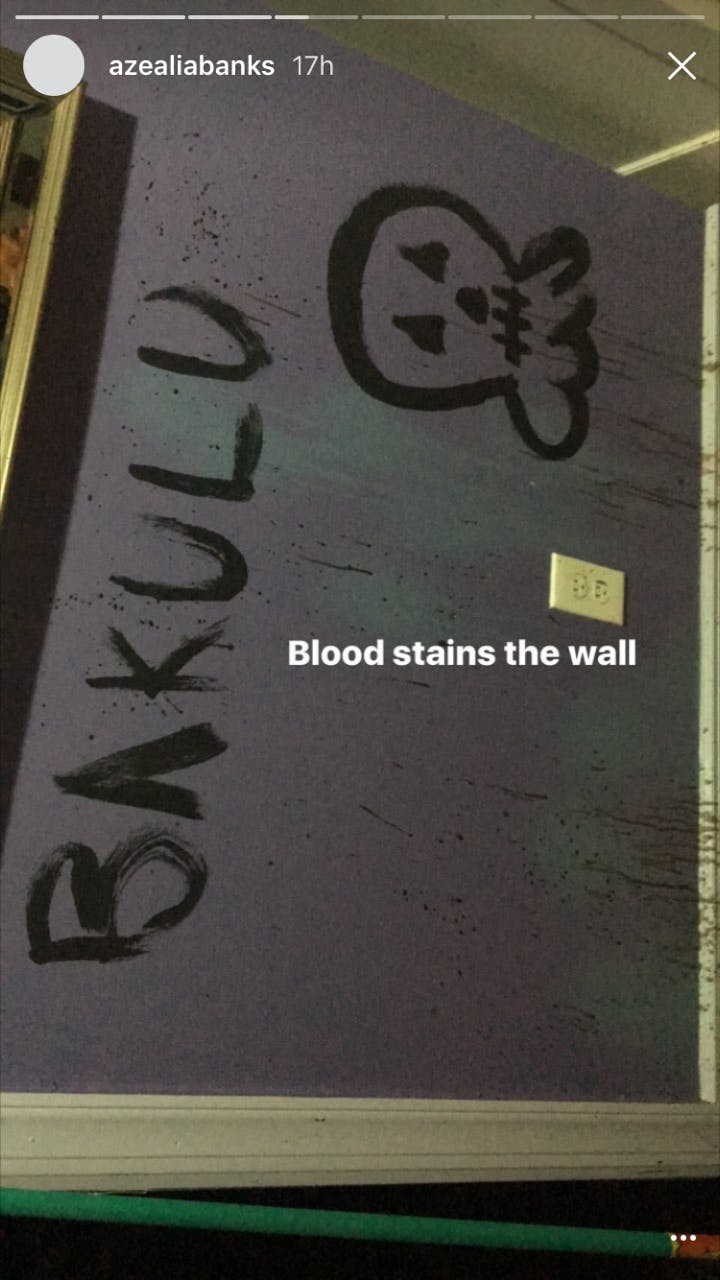 Bakulu is the term for ancestral spirits in the Palo religion, which often requires blood sacrifice for certain spells and rituals. Most of the time these sacrifices are chickens or goats. Chicken sacrifice is also a part of some Orthodox Jewish rituals, which has caused tension between government officials, animal rights activists, and practicers of the faith.

While we can’t confirm that this is indeed Banks’ home or that she has spent the past three years sacrificing chickens, it seems wise for any budding bruja to learn from her mistakes and give the room a good power wash after each sacrifice.