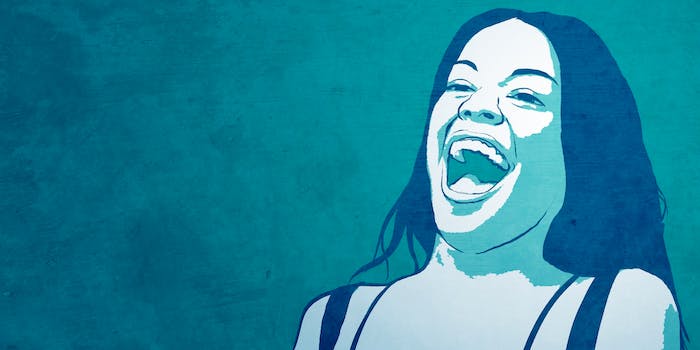 To those who’ve been following her incessant beefs and screeds as well as the occasional happy messages to her followers, it comes as quite the shock that the rapper would be taken offline on Thursday.

She’s called out racist epithets to reporters, believed the contents of a faux Sarah Palin interview so strongly that she lashed out at the former Alaska governor because of it, and even attacked Beyoncé following the release of her cinematic sonic masterpiece Lemonade. So, what prompted this suspension?

Many are pointing to a feud the day prior with former One Direction member Zayn Malik. Banks took to Instagram, where she maintains a sparsely updated account, to call out Malik for jacking her style in his “Like I Would” music video. She submitted side-by-side screenshot comparisons to illustrate her point.

The rapper explicitly said she wasn’t mad, though. Her behavior following what appeared to be subtweets from Malik would indicate otherwise.

All it took was two subtweets from the singer to spurn Banks into action, unleashing her signature flurry of problematic jabs. Disney star Skai Jackson jumped to Malik’s defense, marking a brief yet bizarre interlude to a feud that prompted Desi folks across the social media platform to co-opt her #curryscentedbitch insult, turn it into a hashtag, and celebrate their culture.

Countless offensive tweets emerged from Banks over the course of the day on Wednesday. She attacked Malik’s heritage, questioned his sexuality, and continued to drag Jackson into what appeared to be a one-sided match-up.

For her part, Banks did manage to apologize, firing off a forgettable—if not lengthy—series of text messages that she screengrabbed and shared with her Twitter followers prior to the suspension. 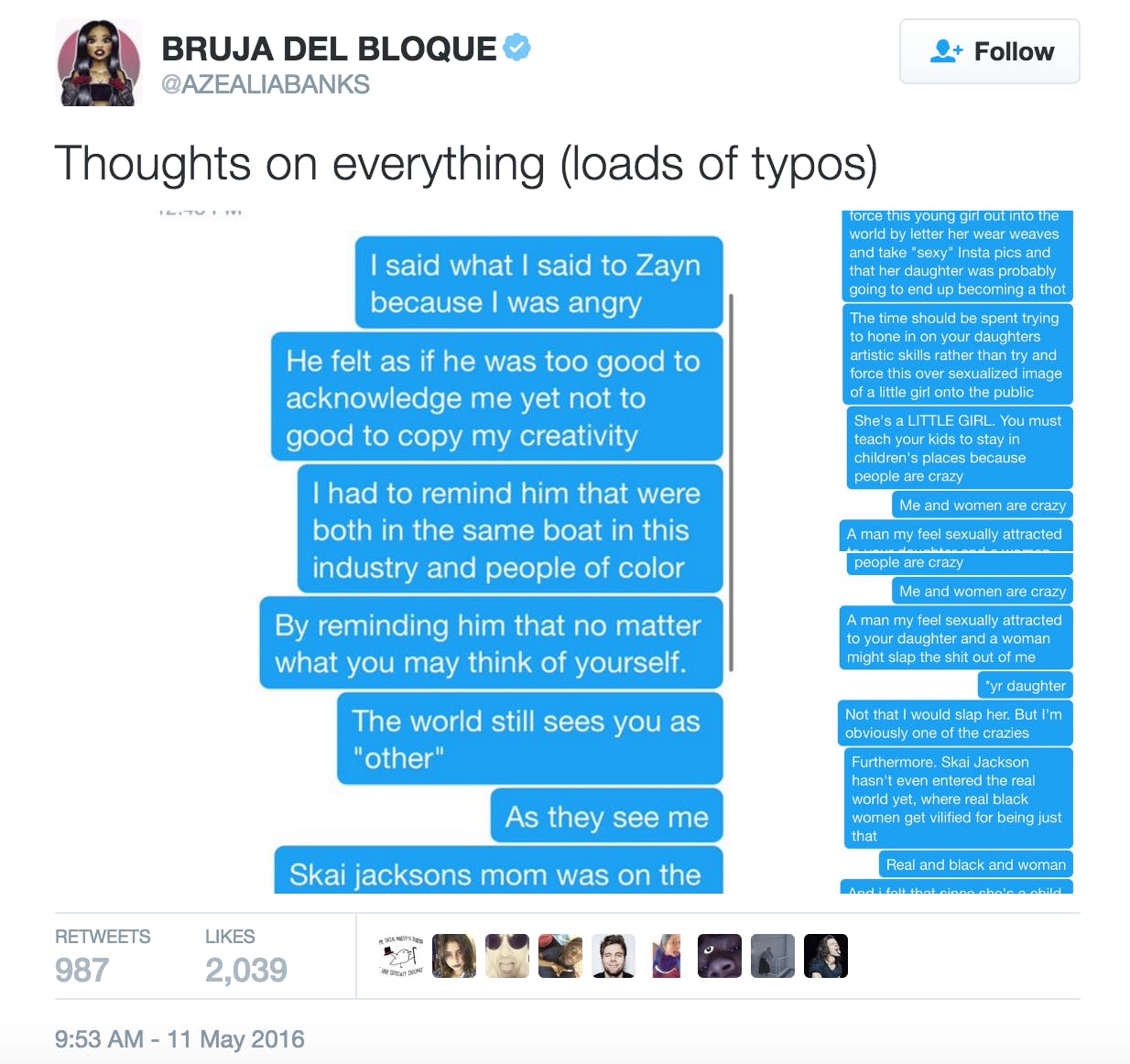 The damage had been done, however. It’s unclear how long Banks’s suspension is set to be. In an email to the Daily Dot a Twitter spokesperson said that the company does not “comment on individual accounts, for privacy and security reasons.” Twitter said that its suspensions range from temporary to indefinite.

The move from the social media company has been applauded by many, though others are now calling its policies into question based off similarly contentious celebrity accounts.

Glad @twitter @Support are cracking down on popular users spreading racist hate. But why suspend Banks and not this? pic.twitter.com/9R8defuGBz

Twitter’s abuse and harassment policies have repeatedly come under fire, as have the company’s rather curious means of enforcing such rules. This case with Banks is no different.

She had been previously suspended from the site in 2013.