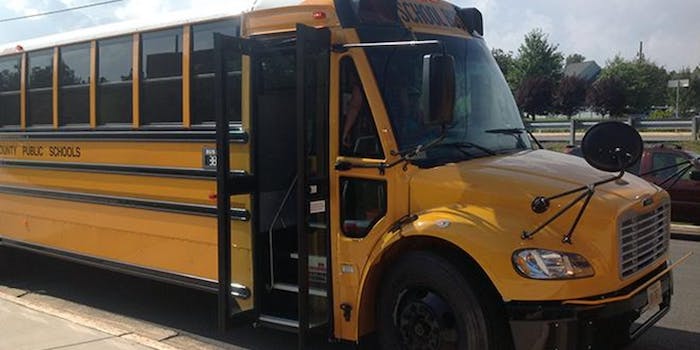 Deanna Minor was upset she left her lunchbox at school.

Nine-year-old Deanna Minor reportedly refused to leave the school bus at the Mullen Elementary School in Manassas, Virginia, where she arrived for her after-school program.

When she first got on the bus from her elementary school to the after-school program, she notified the driver she left her lunch box at her school.

The two-minute-long clip of the November incident shows the bus driver, not identified by name, walk up to the child’s seat as she cries. The rest of the bus appears empty, except for one other person.

The driver then picks Minor up, and she screams, “No, no, no!”

Minor sits motionless, and the driver continues to urge her to move.

At one point, the driver holds Minor under her armpits from the back and says, “You want me to take you like this?”

The driver says they will get the lunch box the next day, but Minor continues to cry.

“We gotta get you off the bus. It’s not in here,” the driver says. She then lifts Minor up and says, “Ready? Out!” while carrying her out of the bus.

Minor’s mother, Stephanie Minor, was notified of the incident the same day it happened. She requested the video but was charged $384 so that faces could be blurred out. “I call it assault,” Minor told WJLA after watching the video, which is about 34 minutes long.

The driver is part of the Prince William County Public Schools but is not currently facing any charges.

The Daily Dot has reached out to Prince William County Public Schools.