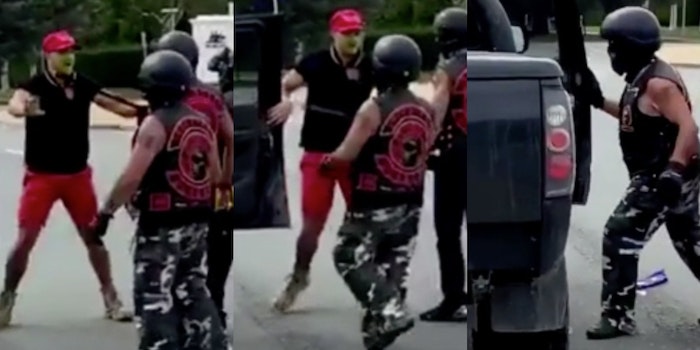 He's virtually thrown into his truck.

A recent video, trending on Reddit, shows an Australian MAGA fan being forcibly removed from an Australia Day protest.