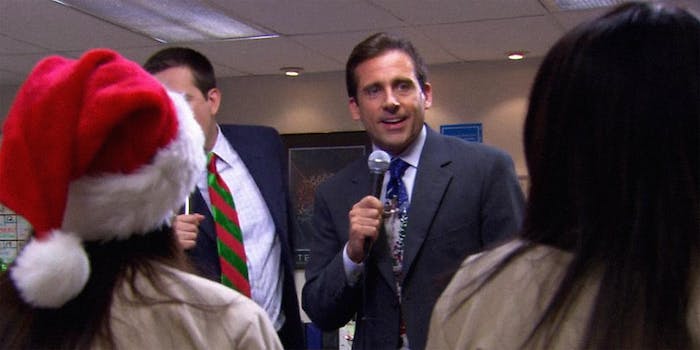 ‘You’re told to shut up and be grateful’: Asian actor who appeared on ‘The Office’ slams show for racist jokes

'Sometimes you take a racist role because you need to pay your rent, want to join the union, or don't want your agent to fire you.'

Korean-American actor Kat Ahn, who appeared in The Office‘s holiday episode, “A Benihana Christmas,” was mentioned in a recent Washington Post write-up concerning Hollywood’s broad mistreatment of Asian women. She recalled that she was essentially told to “shut up and be grateful.”

In the episode in question, Steve Carell’s lovesick, buffoonish character, Michael Scott, asks two Asian waitresses from the Benihana restaurant, or as he calls it, “Asian Hooters,” to come to an office holiday party. To differentiate between them, he later marks the women’s arms with a Sharpie.

Michael, the everlasting boor, is supposed to be the fool in the scenario. However, in describing the famous episode in the present, Ahn told the Post she was “just there to be the joke.”

“You’re told to shut up and be grateful,” Ahn told the Post. “Actors have no power until they become a star.”

Ahn also described the episode in a viral TikTok video regarding the realities for non-white actors in Hollywood.

In text overlay of her explanation on understanding why “BIPOC actors take racist roles,” she writes, “Sometimes you take a racist role because you need to pay your rent, want to join the union, or don’t want your agent to fire you.”

She then advocates for creating content that provides “roles that show [Asian actors] as three-dimensional beings that aren’t all psychos or stereotypes.”

Adding to the understanding of the dearth of Asian and Asian-American actors in Hollywood productions, the Post reported on the lack of executives and creative leads, which correlates to the lack of talent in front of the camera. Author Sonia Rao writes that “underrepresentation persists among the decision-makers as well — UCLA’s 2020 Hollywood Diversity Report found that 91 percent of the executives at major and mid-level studios were White, while the USC Annenberg Inclusion Initiative reported that just 3.3 percent of those who directed the 1,300 most popular films released between 2007 and 2019 were of Asian descent.”