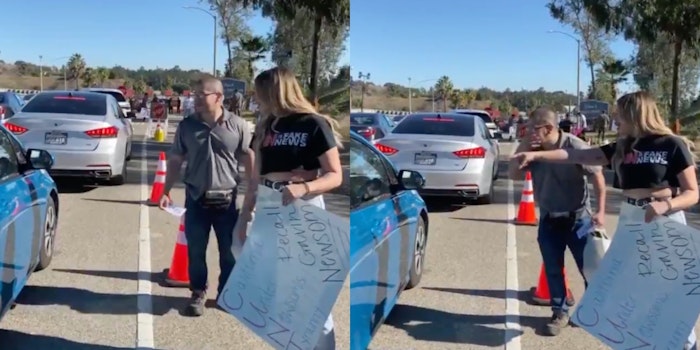 The protesters forced the vaccine distribution site to close briefly.

As the United States continues to distribute COVID-19 vaccines at a glacial pace, anti-vaxxers have doubled down on their efforts to wake the sheeple.