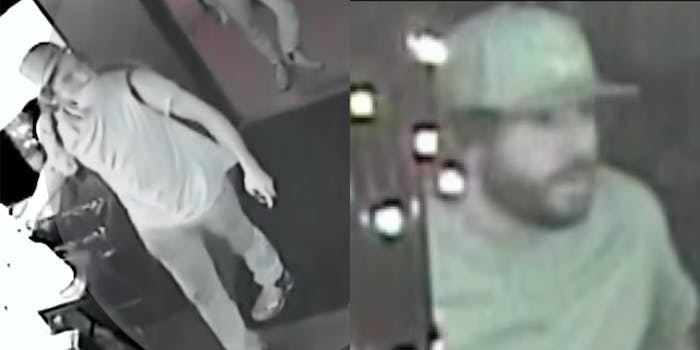 The bartender was rushed to the hospital, where he received 10 stitches.

A video shows a customer at a Texas bar smashing a glass over a bartender’s head after being asked to wear a face mask.

Vaughan asked the customer one last time to wear a face mask after the customer exited the bathroom. Before he could finish his sentence, the customer smashed his bar glass over Vaughan’s head.

“It was so fast. We all had barely any time to react,” Grand Prize Bar general manager Lindsay Beale told KPRC 2. “(Vaughan) just basically got out, ‘Hey, can you put on your…’”

Vaughan was taken to the hospital following the assault, where he received 10 stitches. Beale told KPRC 2 his head was “gushing blood.”

Blurry footage from a Grand Prize Bar security camera shows the customer smashing the glass on Vaughan’s head and storming out the door.

Grand Prize Bar shared a photo of an injured Vaughan on Instagram on Tuesday. The bartender is wearing a large gauze pad on his head that is soaked with blood.

“The realities of running a business during COVID,” Grand Prize Bar captioned its post. “The only thing our employees did was ask a human to put on a mask. This human proceeded to smash a glass on our employees head for asking him to wear mask. Fuck anyone who thinks this or any of this is ok.”

In a follow-up post, Grand Prize Bar revealed that the anti-mask customer drove off erratically before anybody could stop him. He had a tab open at the bar under the name Tammy Montemayor. The bar owners are looking for the man and want to press charges.

Grand Prize Bar and the Houston Police Department did not immediately respond to the Daily Dot’s requests for comment. Anybody with information about the assault is encouraged to contact the Houston police.