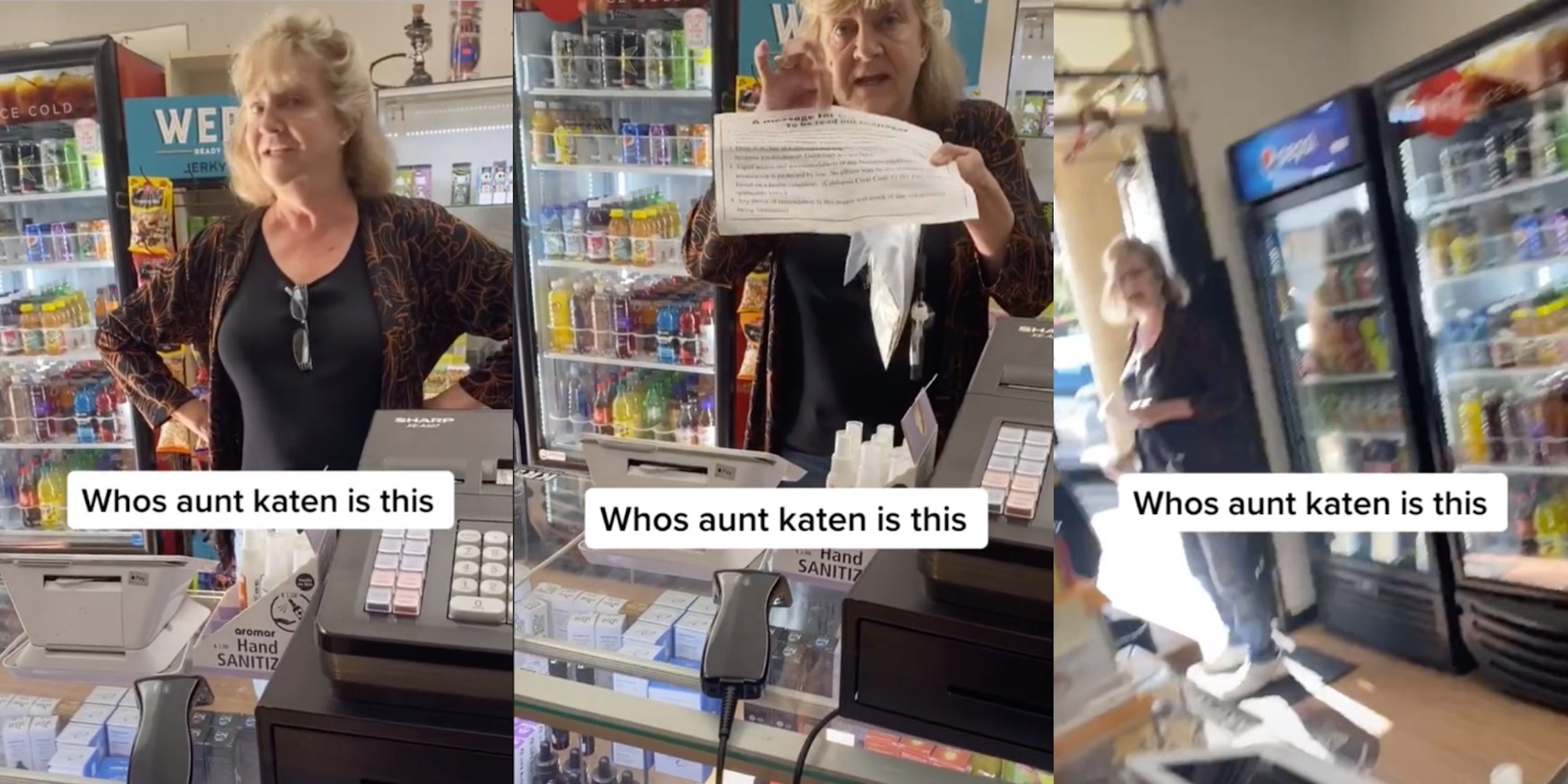 A woman claiming to be exempt from mask requirements just got the most unexpected comeback from a store cashier.

In the video, the woman places both her hands on her hips and repeatedly tells the cashier filming her that there is no law requiring her to wear a face mask in his store.

“I don’t care if there’s no law,” the man replies.

The woman unfolds and points to a paper she brought that allegedly exempts her from wearing a mask.

These types of exemption papers and cards are largely unsubstantiated, and there are few exceptions to who can’t wear a mask, like people with intellectual and developmental disabilities, mental health conditions, or other sensory sensitivities such as autism spectrum disorder, ABC News reported.

“You know that’s all bullshit right? I have a lady who comes in here with an oxygen tank and she still wears a face mask,” the store worker says.

When the woman calls him an “asshole,” he stands his ground and says he won’t serve her without a mask.

“I sure am. I am what I eat,” he replies. That’s a sex-positive turn of events I don’t think anyone was expecting.

The video was originally posted on TikTok by user @smokeshopawge, whose bio is literally “I DONT GET PAID ENOUGH TO DEAL WITH THESE KARENS.” Within 24 hours, the video of the woman already had 3.3 million views on TikTok and has been shared throughout Reddit groups, including r/TikTokCringe and r/FuckYouKaren.

The viral clip was posted with the caption, “whos aunt is this stressing me at 9 in morning already.”

People in the comments are living for the man’s comeback and are seemingly appalled by the woman’s behavior.

“She can bring a paper with her everywhere but not a face mask… embarrassing,” wrote TikTok user @aurora.