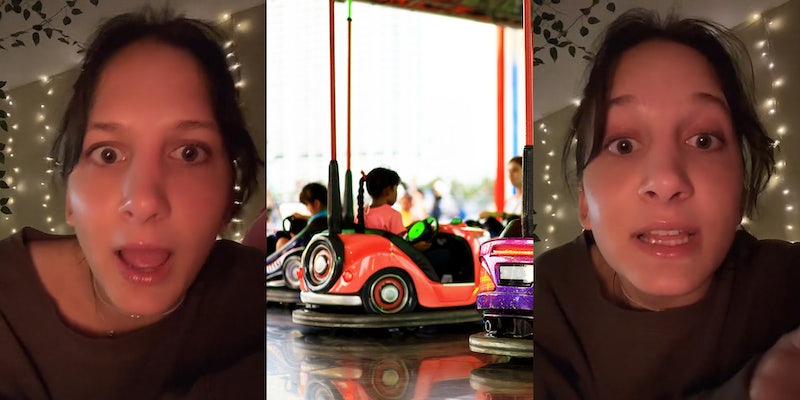 ‘I was scared they would fire me’: Worker says boss she was scheduled to work 7-hour shift with no break

'They were not paying u enough for that behavior.'

A former trampoline park employee detailed on TikTok how she was once almost forced to work a 7-hour shift with no breaks. Viewers were outraged and the video has climbed to over 114,000 views.

“The tears started to fill my eyes,” the TikToker (@mozartstiddies) says in the original video.

Allegedly, when she showed up for work her typical 8-hour shift had been slashed to a 7-hour day with no breaks. She notes that she passes out if she doesn’t eat frequently.

in retrospect, i should’ve just left when i first felt shaky and got food… but the owner scared me and i was scared they would fire me

She says her manager told her they scheduled her for a 7-hour shift instead of 8, so she wouldn’t have to take a break. The worker was stunned and not sure how she would be able to make it through the day without the opportunity to refuel.

She says customers at the bumper car station could tell she was out of it. With no breaks so far, @mozartstiddies says she was dizzy and shaking while buckling in children. “They could see something was wrong because my eyes were watering,” she continues.

While talking to a coworker, she burst into tears while complaining about her hunger. The coworker kindly gave her some snacks to help her. A little later, the worker approached another manager to ask for a full break.

“We’ll think about it,” the manager allegedly said.

Eventually, she was told she only had 10 minutes to run and grab a snack. But the food stalls on the grounds had lines of 45 minutes or longer, making the time slot impossible.

She begged a manager for a longer break and was finally given 30 minutes to run to a nearby Dunkin Donuts. @mozarttiddies says she scarfed down a chicken sandwich so quickly she burnt her tongue.

After finally winning the no-break ordeal, the worker says she was forced to work an additional two hours to help clean after her shift.

“In retrospect, i should’ve just left when i first felt shaky and got food… but the owner scared me and i was scared they would fire me,” the creator added in the caption.

Users were outraged on behalf of the TikToker, and many said that her employer’s behavior was against the law.

“They were not paying u enough for that behavior,” one user wrote.

Currently, there are no federal minimum requirements for breaks or meal periods, though many states have instituted their own laws. The employer’s alleged behavior would therefore fall under state and local guidelines.

The Daily Dot reached out to @mozarttiddies via email.