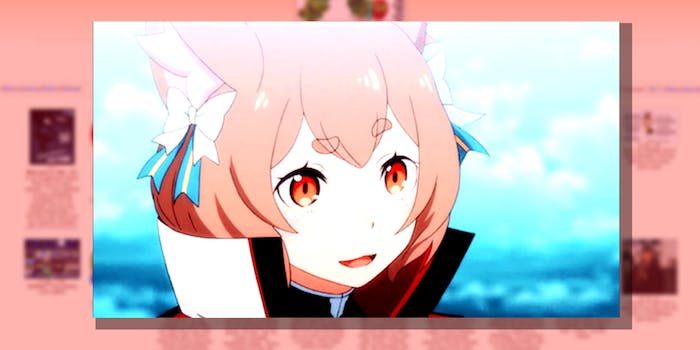 The latest transphobic 4chan conspiracy theory: Users are being forced into taking hormones

This story is dark and twisted—but is it true?

“First victim of the night,” the transcript read. “I won’t rest until every sissy boy on /r9k/ has started HRT [hormone replacement therapy], or at the very least crossdressing. Less shitty genes in the world and more traps for me.”

This sinister call to arms is at the heart of a complicated, transphobic conspiracy theory about 4chan’s imageboard /r9k/, known for its blatant bigotry within the already-somewhat-toxic anonymous website. The allegation: A “cabal of deranged homosexuals” are posting “trap threads, gay threads, and encouragement for people to take hormones,” as if to trick users on /r9k/ into being transgender or gender nonconforming.

These “trap threads” are allegedly being set up through a series of text chats on Discord, a discussion service for gamers, then posted to the imageboard to lure in “troubled” boys. It’s a deeply dangerous theory, first popularized in a now-deleted video from YouTuber Esoteric Poster 1388, that has since reached Reddit and the internet’s “biggest stalker community” Kiwi Farms.

If this sounds like a very layered subsect of the internet, it is. Let’s break down how a group of lonely internet denizens fell into a panic over whether “broken young men” have become “traps,” whether any of this is true, and why the rest of us normies should care.

“Trap” is a term that first emerged on 4chan, referring to an androgynous male anime character who crossdresses as a woman. These days on the platform, the word is used interchangeably to refer to transgender women, as 4chan users aren’t the most sensitive. The term is also derogatory for implying trans women “trap” straight men into having sex with them.

Hearing about “traps” in a negative light on /r9k/ is by no means a surprise, as the imageboard traditionally features NSFW content and “edgy” internet humor that often takes aim at trans people, people of color, and people on the autism spectrum, among others. Where the text-chat service Discord plays into this is that it lets players create their own servers, or topic channels, to discuss whatever they want and is left largely unmoderated. In other words, chats can often veer crude and dark, making the discussion service perfect for an imageboard like /r9k/.

In Esoteric’s video, he alleged there is a “trap Discord” and that it doesn’t let /r9k/ and 4chan users join unless they share a picture of themselves crossdressing with their face in the frame. From there—and this is where it becomes criminal—Esoteric said the group obtains users’ personal identifying information and blackmails them into taking hormone replacement therapy. He said this is based on claims posted by anonymous /r9k/ users and screencaps from the group.

However, other Discord users dispute the simplicity of Esoteric’s allegations.

Discord user support_annie was part of a server called “RGTOW,” where Reiko, the person credited with writing the infamous “first victim of the night” post, served as a prominent member. Support_annie told the Daily Dot that Reiko and several other users joked about convincing /r9k/ users to begin taking HRT by repeatedly posting threads about “traps.” The idea, which he referred to as “trap shilling,” supposedly grew from there, and moved on to another Discord server.

“It all started by, what I believe were presumably jokes. They wanted to make all the manlets take HRT,” support_annie told the Daily Dot. “There wasn’t really any strategies. It was just flooding /r9k/ with pictures of traps.”

One of RGTOW’s administrators, Waseru, told the Daily Dot that the “trap thread” posters eventually split into two groups, “those who wanted people to go on HRT and those who were just shitposting.” The initiative itself was “VERY loosely organized,” he claimed, and there were plenty of rogue posters unaffiliated with any of the Discords making their own posts.

As for the blackmailing claim, support_annie believes this did take place on the server; another user on RGTOW named Indy also told the Daily Dot that Reiko “confirmed” that blackmailing did happen. (The Daily Dot could not reach Reiko for comment.)

As of yet, though, no definitive proof exists. Esoteric himself published a second video (which was also deleted) five days after his first one caused such panic—and, in this one, he stressed there is “no evidence of the blackmail and other connections.”

Waseru also denies the allegation. “No, none of us have blackmailed anyone, that’s fucked,” Waseru told the Daily Dot. “Have you seen people with ‘Reiko’ drawn on them? All of them are Reiko’s fans/friends.”

When reached for comment about possible blackmailing and coercion happening on its service, Discord told the Daily Dot it prohibits harassing behavior:

“Discord has a Terms of Service (ToS) and Community Guidelines that we ask all of our communities and users to adhere to. These specifically prohibit harassment, threatening messages, calls to violence or any illegal activity. Though we do not read people’s private messages, we do investigate and take immediate action against any reported ToS violation by a server or user. We will continue to be aggressive to ensure that Discord exists for the community we set out to support—gamers.”

Over at /r9k/, users are called “robots,” and most are stereotypically depicted as white, lonely, socially awkward men. It’s hard to know if that’s entirely true. 4chan’s advertisement section claims the site is composed of approximately 70 percent men and 30 percent women, but no specific breakdowns are given about the site’s individual imageboards, nor are there stats on how many users are queer or transgender.

You could say this anger over “trap threads” is partially anchored in an older beef over territory. While talking to the Daily Dot, support_annie alleged users from 4chan’s /lgbt/ section flooded /r9k/ last winter and began posting NSFW content. This, he said, is because /lgbt/ is a “blue board,” or safe-for-work, whereas /r9k/ allows adult content. Once robots both inside and outside the Discord group engaged in “trap shilling,” he claimed, /r9k/ users grew increasingly upset.

“[I]magine Chinese water torture, but with traps and HRT and other faggy shit, constantly in your face when you refresh the page looking for a thread to be in,” one robot on Kiwi Farms wrote. “This is not some shit to fuck around with. You don’t just take control overnight. You make some noise for attention, and then keep hitting and hitting and hitting, and you WILL break people down.”

But, as this post clearly shows, users’ territorial fighting is mired in transphobia and hate speech. In that way, what is happening on 4chan and Discord feels like a reflection of society at large. Fears around gender transitioning have turned transgender children into a controversial topic, as journalists like New York Magazine’s Jesse Singal and the Stranger’s Katie Herzog have warned about the emergence of trans kids who “detransition.” It’s as if cisgender skeptics fear vulnerable people—like children or depressed men—will throw their lives away if they experiment with their gender presentation or try HRT.

Since robots don’t differentiate much between cisgender men crossdressing and transgender women—and because the latter queers gender in a way that feels weird, murky, and troubling to many cisgender people—/r9k/ seems particularly troubled by transitioning. Robots have hyper-fixated on the claim that users are being coerced into taking HRT, tapping into our societal fears that “troubled boys” will just suddenly switch genders, and that boys must be mentally deranged if they do.

Overall, ingrained misogyny and misinformation about trans people in Western culture only add to this knee-jerk response of “condemning what we don’t understand.” Even in Esoteric’s second video, he admitted that he “personally [does] think the trans stuff is wrong,” which is pretty obvious based on the hateful, antagonistic language used in his first video.

“There are some disgusting, deranged homosexual perverts out there, the likes of which you probably can’t imagine, doing the most insane things to try and further themselves,” Esoteric said in his first video. “Regardless of whether the blackmail stuff is true or not, all of this stuff is beyond the pale, it is horrific.”

This much is clear: Forcing someone to take HRT, even if they do have gender dysphoria, is indeed horrific. So is blackmail and doxing. But there’s little proof that suggests a “trap Discord” made a straightforward, strategic effort to systematically force /r9k/ users to take HRT. There is proof, however, that people on /r9k/ think that transitioning is a joke.

Despite this, “trap threads” aren’t inherently all bad—especially when users create them to share knowledge, not manipulated information. If threads are helping users consider transitioning, that just means some of /r9k/’s userbase is already experiencing gender dysphoria and other users want to help them work through it.

We can, though, put a hard stop to the term “trap.” It only encourages the toxic, bigoted beliefs that fueled the “trap Discord” conspiracy theory in the first place.