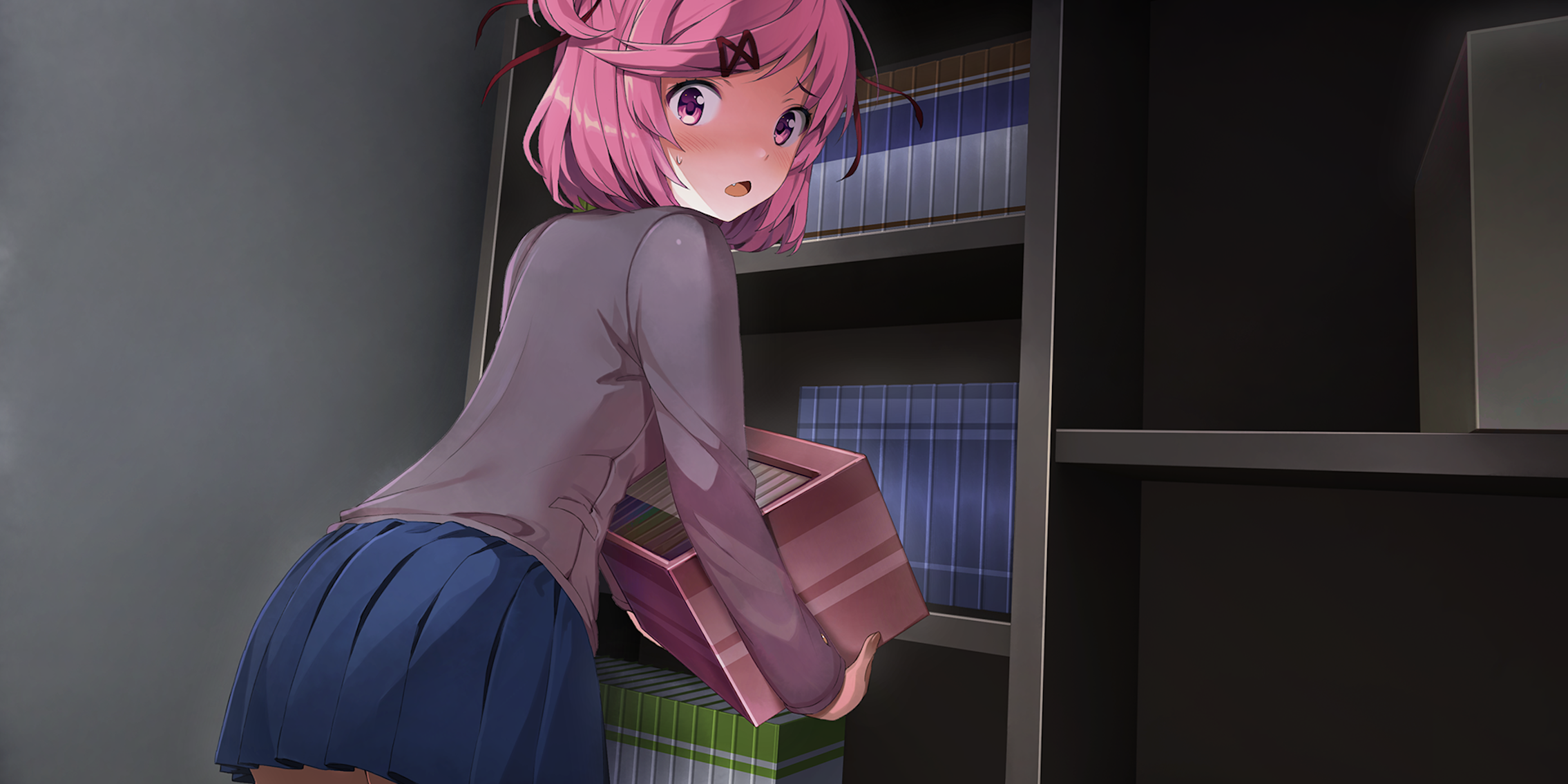 He was getting tweets and emails 'almost daily' about Natsuki's gender.

Doki Doki Literature Club creator Dan Salvato shut down a transphobic meme spreading around the Doki Doki fandom this week after fans began insisting that one of the main characters was assigned male at birth.

Shortly after Doki Doki Literature Club came out, the game’s fanbase quickly grew attached to the visual novel’s four main characters–Sayori, Yuri, Monika, and Natsuki. Among the four girls, Natsuki has a petite figure, making her one of the smallest girls of the four. But due to Natsuki’s broad shoulders and small chest, some fans argue that she’s actually a “trap.”

For the uninitiated, a “trap” is a popular term in anime and manga communities for a crossdressing male character. Know Your Meme says the phrase first popped up on 4chan, where androgynous anime characters were called “traps” by other users. This led one Urban Dictionary user to describe a trap as “a man who dresses like a woman and is somewhat feminine in appearance” as well as someone who is “mistaken for a woman until you are in the bedroom with one.”

It’s easy to see how the term “trap” is already a problem. The phrase plays into larger stereotypes–both found in anime as well as society as a whole–that gender non-conforming and transgender people “trap” others into sex.

Not just that, the term “trap” has morphed in recent years—as words have a tendency to do—to the point where users often refer to real-life transgender women as “traps” too. In particular, Know Your Meme points to the subreddit r/traps, where users are encouraged to post “photos and video of young and beautiful trans girls” along with “individuals who would love to trap!” And there’s the larger “are traps gay” meme, where users debate ad infinitum whether it’s gay to feel sexual attraction to either crossdressing men and transgender women, with posters often conflating the two in the process.

So when it comes to Natsuki, some players argue that her appearance is playing into the so-called “trap” trope. The meme first began around mid-October last year, spawning the term “Trapsuki” and a full Know Your Meme page on the concept. It’s since encouraged many fans to ask whether “Natsuki is a trap,” developing rudimentary guides explaining why Natsuki is (or isn’t) a “trap,” and therefore whether it’s “gay” to like her if so.

In one case, a fan created a measurement breakdown, comparing Natsuki’s bodily proportions to other characters in order to decide whether Natsuki is cisgender, transgender, or a crossdresser. That user ultimately concluded that Natsuki had a female width to height ratio, mirroring cisgender women’s bodily proportions.

Thanks to David Rowin for this:Natsuki is not a trap and I can prove it mathematically.One of the biggest biological…

Suffice to say, hyperfocusing on Natsuki’s body doesn’t reveal much about her gender and sex. Trans people have varying body sizes, just like cis women, and many trans women have height and width ratios that mirror cisgender women after undergoing hormone replacement therapy. But that hasn’t stopped ongoing debate about Natsuki’s gender, bringing the entire discussion around to Salvato himself.

Twitter user hito_sugoi pinged Salvato on Monday, asking him to tweet out “Natsuki is a trap” for “waifu ruining purposes.” But in response, Salvato refused and encouraged others to stop making the joke.

“The whole meme is just really disrespectful and I can’t believe that it’s gone on for this long,” Salvato tweeted. “Please don’t continue to be part of the problem.”

No. The whole meme is just really disrespectful and I can't believe that it's gone on for this long. Please don't continue to be part of the problem.

Salvato proceeded to explain that he receives tweets and emails “almost daily” from people asking if Natsuki is a “trap,” and that while he doesn’t have control over the community, that the “trap” joke is ultimately offensive to others.

“I don’t like to joke about people’s sex/gender, much less try to convince others that it’s not what they think,” Salvato argued. “If nobody cared about gender then it wouldn’t be able to be used for waifu ruining purposes… I don’t like when gender is used to stir up controversy on purpose.”

I get that from your perspective it's probably just a joke. But I get tweets and emails almost daily from people asking me if Natsuki is male. Or a "trap". I don't like to joke about people's sex/gender, much less try to convince others that it's not what they think.

If nobody cared about gender then it wouldn't be able to be used for waifu ruining purposes. The reality is that it's a meme BECAUSE people care. I don't take offense to alternate depictions of DDLC, but I don't like when gender is used to stir up controversy on purpose.

"Trap" is also often considered derogatory language in the US, so that's another thing I don't like about it.

People can meme and/or headcanon all they want, but people keep asking me, genuinely, if it's canon. I just would really prefer to be left out of it.

Ultimately, Salvato turned to Reddit in response, admitting that he really has no control over what the community thinks or says, but rather that he wants fans to stop creating controversy for controversy’s sake.

“This has nothing to do with me getting offended by an offensive joke, or something like that,” Salvato wrote. “It has to do with the fact that controversy is deliberately being stirred around one of the characters, and it’s being constantly directed towards me… I don’t agree with gender being used to deliberately stir controversy from nothing, and I think it would be nice if it stopped.”

That doesn’t mean Doki Doki Literature Club fans can’t create their own headcanons about Natsuki, of course. After one user asked if it’s OK to see Natsuki as a trans girl, he’s since argued that players can and should create their own interpretations.

But as far as using the “trap” meme goes, Salvato wishes the joke would just go away. Trapsuki isn’t just offensive, it’s hurting the game’s fandom by clogging up discussions with troll posts. And while he wants the fans to create their own culture around the game, for him, common decency should always come first.