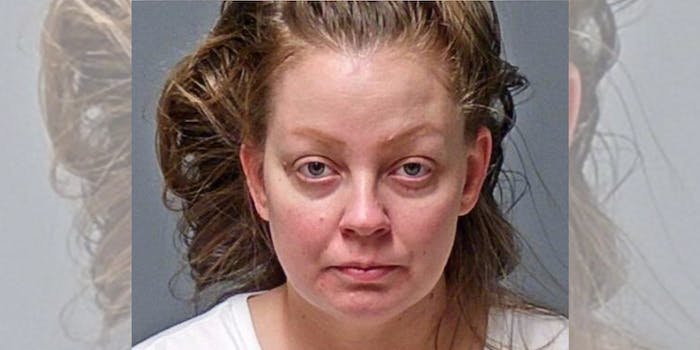 Woman sent 3-year-old to daycare alone in a Lyft

The New Hampshire woman was arrested.

A New Hampshire woman has been arrested after sending her 3-year-old child to a daycare alone in a Lyft, according to police.

Stephanie Goddu, 35, was arrested at her Manchester home Friday on charges of child endangerment and resisting arrest. In a statement released by police, “Goddu did not initially comply with officers’ orders to surrender and barricaded herself in her apartment” but eventually came out and surrendered to police.

Manchester authorities began an investigation on Goddu two days prior when Southern NH Services told authorities that Goddu failed to claim her two children from daycare and employees were unable to contact her, according to the New York Daily News.

Upon entering her apartment, officers found Goddu to be “incoherent and disoriented” and had trouble answering questions, the statement said. Goddu’s 3-month-old baby was found covered in urine and strapped to an infant carrier “not more than 6 feet away from a heater, and there was concern that the child could overheat,” police said.

It was later discovered by police that Goddu had called a Lyft on Jan. 4 to send her 3-year-old toddler to daycare. Though the child arrived safely, they were alone for the duration of the ride.

Some on social media reacted to the news and cracked jokes in poor taste.

Goddu’s story joins the list of Lyft-related incidents within the past months that highlight questionable behaviors from patrons of the ride-hailing service, including a “Racist Joe” who went viral for hurling slurs at a Lyft driver for asking the rider to wear a face mask.