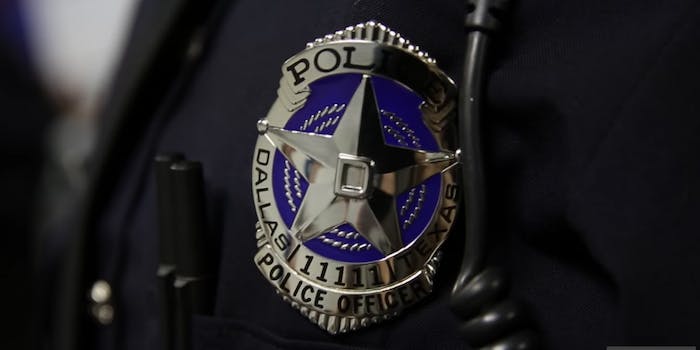 Four of the officers are now on administrative leave.

A whopping 21 Dallas police officers are under investigation for “racist or violent” Facebook posts, which were uncovered by the Plainview Project. Four others have been placed on administrative leave, the Dallas police chief announced Friday.

The Plainview Project, which released its findings on June 1, spent two years examining more than 3,000 social media accounts of both retired and active officers. It found that one in five current officers and two in five retired officers–across the nation–routinely posted racist and violent content on their Facebook accounts.

Three-hundred of the 5,000 posts, collected by the project, allegedly came from active Dallas officers.

“Just another savage that needs to be exterminated” and “Execute all involved” were some of the comments written by Booker Smith Jr., a Dallas police sergeant.

A Dallas Police Department spokesperson told the project at the time that it forwarded Smith’s comments to his superiors for further review.

The Dallas Police Department prohibits its officers from posting “biased” or “discriminatory” content, according to its social media policies.