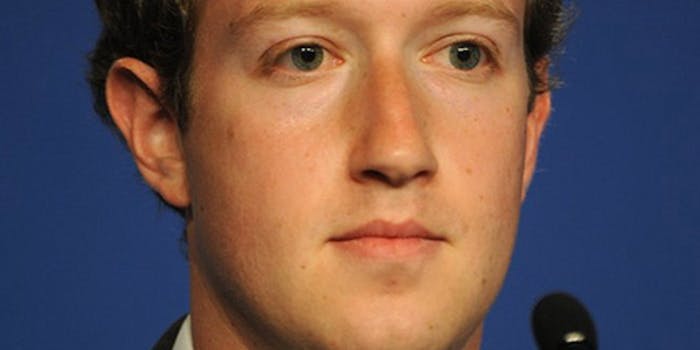 Even the CEO of the most popular social media site in history is unable to avoid having his own accounts broken into. Mark Zuckerberg‘s Pinterest and Twitter accounts have allegedly been hacked by the OurMine hacking group. OurMine posted on his behalf on both sites—those updates have since been deleted, but not before being captured and shared on the internet for eternity.

How could this be possible? It all leads back to the 2012 LinkedIn security breach, when the company had to advise the millions of effected members to change their passwords. Many didn’t, and those passwords resurfaced a few weeks ago on a Dark Net marketplace where they were sold for 5 bitcoins, or about $2,200. Since many folks use the same login information for multiple online accounts, buying a password might give you access to a lot more than you paid for.

And that, perhaps unnervingly, is what seems to have happened to Zuckerberg—whose own social media creation holds the personal information of over 1.5 billion people. It’s not the most reassuring news that a multi-billionaire with usernames and passwords of a population greater than that of China is unable to use standard security protocol for his own accounts. One glimmer of relief is that his Facebook and Instagram accounts were not tampered with.

If you are curious about what his password was, take a look back at that saved tweet. Yep, “dadada.” We can all hope our Facebook accounts are protected by something a little more elaborate.