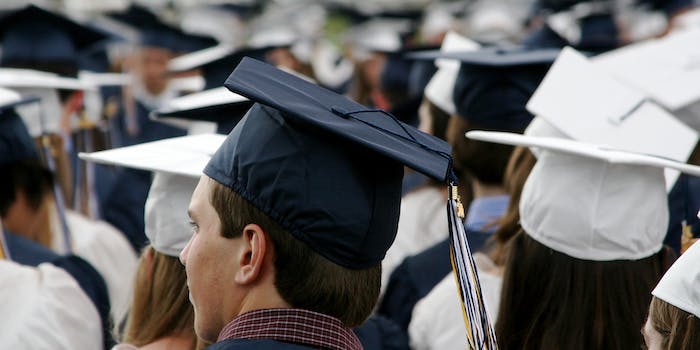 The Facebook CEO wants to help all students achieve a higher education.

Facebook CEO Mark Zuckerberg and his wife Priscilla Chan made a major donation to TheDream.us, an organization that works to help undocumented immigrants in the U.S. go to college.

The couple’s donation of $5 million will contribute to college scholarship funds that create opportunities for 400 student immigrants in the Bay Area over the next five years.

In a post on Facebook, Zuckerberg explained why it’s so important to empower undocumented immigrants and help them achieve opportunities to pursue higher education and careers in the U.S.

America was founded as a nation of immigrants. We ought to welcome smart and hardworking young people from every nation, and to help everyone in our society achieve their full potential. If we help more young immigrants climb the ladder to new opportunities, then our country will make greater progress.

Zuckerberg is a vocal proponent of increasing opportunities for undocumented immigrants in the U.S., and in 2013, launched FWD.us, a political advocacy group fighting for education and immigration reform funded by some of the highest-profile technology leaders in Silicon Valley.

TheDream.us is a national scholarship foundation for immigrant students who received Deferred Action for Childhood Arrivals and are pursuing post-secondary education in the U.S.

Zuckerberg’s post has received thousands of Likes in support of the donation, though predictably, it has sparked a—shall we say spirited?—debate among Facebook commenters.