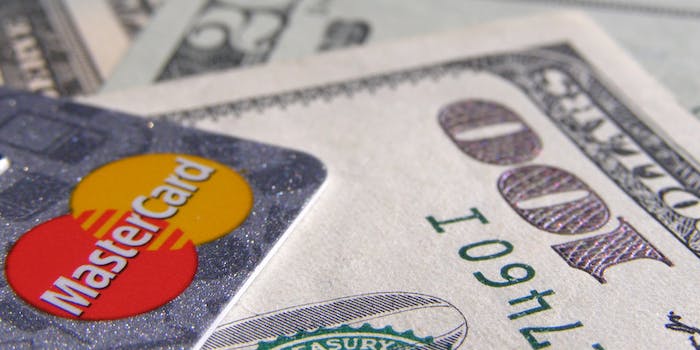 An underground fraud network is scamming credit card owners—and showing the masses how to do it, too, via YouTube tutorials.

A fraudster that goes by the name “The Mayor” seems to be at the center of the network. This individual specializes in “‘carding and transferring funds from hacked bank accounts and credit card data to you by Western Union, Money Gram or bank transfers worldwide,” according to a forum post uncovered by Daily Mail.

The Mayor and others that participate in this kind of credit card fraud used to keep to the shadowy corners of the internet (namely, the Dark Web). But in recent years, credit card thieves have gotten more brazen.

Referred to as “carding,” there are Facebook groups offering tutorials and mobile apps for enabling the habit. One called KiCarding Premium was recently removed from the Google Play Store, but others that are more discreet about their purpose. BIN – Credit Card Checker, an app for checking if a credit card number is legitimate, still exists in mobile app stores, for example. In addition to apps and Facebook groups, Daily Mail also found YouTube tutorials with thousands of views.

“One video gives a demonstration of someone using stolen credit card details to buy a Canon camera online for $874.09,” according to the Daily Mail report. “It has been viewed more than 16,400 times and has 190 likes.”

However, it’s possible that not all the information being doled out by these scammers is accurate. And some of these criminals—who offer to resell stolen money at a lowered cost—are simply trying to scam wannabe fraudsters.

Posting this kind of content violates the policies of Google, Facebook, and app stores. Both Google and Facebook removed the apps, videos, and other content that promoted fraud and other illegal activities that Daily Mail reported.

Unfortunately, this kind of fraud is incredibly common—and growing. It amounts to millions in losses for banks, retailers, and individuals. To protect yourself against fraud, there are a few things you can do. You should consider not using a debit card for purchases and limiting your use of unsecured ATMs. When making online purchases, you should only do so on sites that use the HTTPS protocol, rather than HTTP, and you should keep an eye out for common online scams that try to steal your personal or financial information. Keeping an eye on your bank and credit card accounts—and keeping tabs on your credit score—can also help spot fraud the instant it happens.