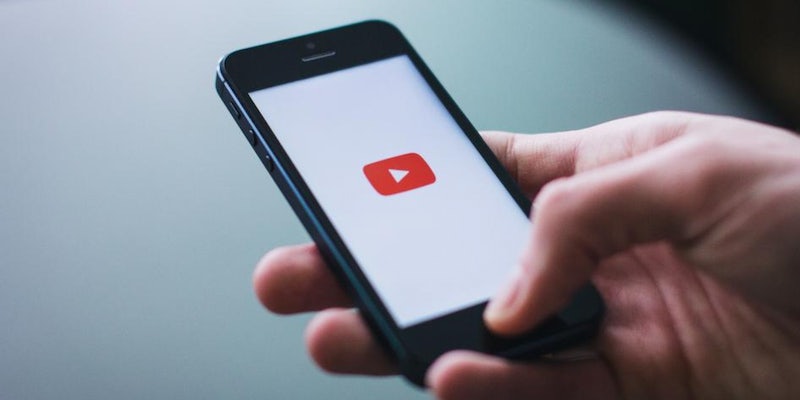 Why is YouTube continuing to target this independent journalist?

Popular independent journalist Ford Fischer was suspended by YouTube this week after the platform claimed several of his videos violated their policies.

Co-founder and editor-in-chief of the independent news outlet News2Share, Fischer has made a name for himself by capturing raw footage of historic political events across the country, including the Jan. 6 Capitol riot.

Fischer’s videos have been featured by countless major media networks and cited by lawmakers and law enforcement as well. Yet Fischer has found himself embroiled in an ongoing battle with YouTube over his content.

Fischer revealed on Wednesday that three of his videos had been removed, causing his account to receive a week-long suspension and a strike.

Fischer explained to the Daily Dot that the first video involved a controversial street preacher that was confronted by both an antifa activist as well as a supporter of former President Donald Trump.

A small section of the eight-minute video, according to Fischer, included one person that “yelled half a sentence about the election.”

“I still believe that the election was stolen, but you sir, all of you, have been promoting the wrong form of Christianity,” the man says to the street preacher.

As a result, YouTube took down the video for “false claims that widespread fraud, errors, or glitches changed the outcome of the U.S. 2020 presidential election.”

“There’s absolutely no way any reasonable person could watch that 8-minute video and call it election disinformation based on half a sentence spoken by one person who was the only person at the situation with that opinion,” Fischer said.

The second video to be removed was filmed at the Million MAGA March in December and showed white nationalist Nick Fuentes, whose own YouTube channel was suspended in January, delivering a speech.

Even though the footage had been used by the BBC and even cited during the 2021 impeachment hearing, as noted by Reclaim The Net, YouTube determined that the video violated “its spam, deceptive practices, and scams policy.”

YouTube cited the same policy when removing Fischer’s third video, which showed an anti-lockdown rally, despite it being featured by the popular NowThis News.

The Daily Dot reached out to Google, which owns YouTube, to inquire about the removals but did not receive a reply by press time.

Fischer says the strike his channel received will be in place for 90 days. If he is to receive a second strike during that time, his account will be suspended for an additional two weeks and the 90-day clock would be reset. If a third strike is applied during those 90 days, his entire account and all its content will be permanently deleted.

As reported by the Daily Dot last month, Fischer also had footage that he filed during the Jan. 6 insurrection removed from his account. Even with pushback from prominent journalists, YouTube went one step further and demonetized his channel as well.

“We have clear and public Community Guidelines for videos posted to YouTube which apply equally to everyone. We removed certain content from the Ford Fischer channel because it violated our presidential election integrity policy and did not have sufficient educational, documentary, scientific, and artistic (EDSA) context. Footage of the Capitol Hill riot from the Ford Fischer channel with EDSA context can still be viewed on YouTube. The strike against the channel is in accordance with our longstanding three-strikes system, which temporarily restricts the channel from uploading or live streaming.”