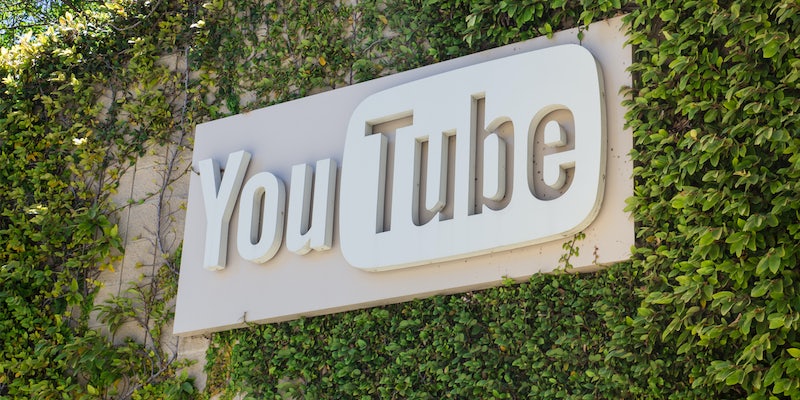 A YouTube account for MIT and another for a nonprofit that provides open-source software have been blocked by the video-sharing service, and it could be because the piracy filters have been activated, according to Torrent Freak.

The account for MIT OpenCourseWare, which “makes the materials used in the teaching of MIT’s subjects available on the web” and which has nearly 1.6 million subscribers, is still active. But if you click on any number of videos, this is what you’ll see.

The same is occurring for the Blender Foundation, an independent nonprofit that provides a free and open source for the development of 3D computer graphics. Its YouTube page, which has nearly 196,000 subscribers, has a message across the top that reads, “YouTube has blocked all our videos. We are investigating it.”

According to MIT OpenCourseWare’s Twitter account, it’s also investigating the issues and still trying to resolve the problems. MIT also noted that its content was still available on iTunes and Internet Archive.

You may have noticed that we are having some trouble with our videos! Please stand by. The elves are working around the clock to fix the issue. There is still a ton of content you can use @MITOCW that doesn't have video. https://t.co/EhmEV6ywNQ. Hang in there folks! pic.twitter.com/ylvW50Nclw

Monday morning update: We are still trying to resolve the problem with our videos. Here's an article on the situation: https://t.co/9gbhz8oVxY. Thank you for your patience. If you head to our site, you can still download the videos on iTunes or @internetarchive pic.twitter.com/bsx7TwtAoO

On Saturday, Blender tweeted, “Blender’s YouTube channel got blocked world-wide today. Unknown yet what’s happening. Only two videos are working. Stay tuned.” On Sunday, it tweeted, “No update yet. Adjusted channel artwork to reflect the situation.”

As Torrent Freak notes, the problem could be occurring because YouTube’s piracy filters have been activated. Wrote Torrent Freak:

To protect copyright holders, YouTube uses an advanced piracy recognition system that flags and disables videos which are used without permission. This system, known as Content ID, works well most of the time, but it is far from perfect. It’s not well equipped to determine whether content deployment is protected under ‘fair use’, and in some cases it even views white noise or birds chirping as piracy.

YouTube did not immediately respond to questions from the Daily Dot about why the videos have been taken down and if it’s because of a piracy issue.