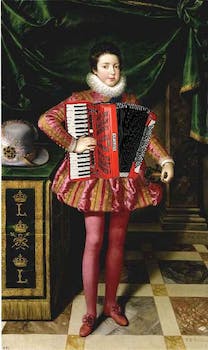 The next Justin Bieber won’t have to wait to get signed by a major music label to make money on YouTube.

Musicians will soon be in a position to profit when their music is used in other videos on the site—a money-making opportunity previously reserved for those allied with major labels. But they have to move fast: The deadline to sign up is January 16.

Last August, YouTube announced this opportunity in a blog post, and started taking signups last November. The Google-owned video site had closed a deal with the National Music Publishers Association (NMPA) and its subsidiary the Harry Fox Agency (HFA). This deal allows musicians to collect a portion of advertising revenues off the videos their music is featured in. (This ad revenue is shared with Google and with the video creator who used their song.)

YouTube’s Content ID system identifies “the works of these songwriters whether the compositions appear in an original sound recording or in a cover version, using information provided to us by the publishers,” wrote Elizabeth Moody, YouTube’s head of strategic partner development for music, in a blog post.