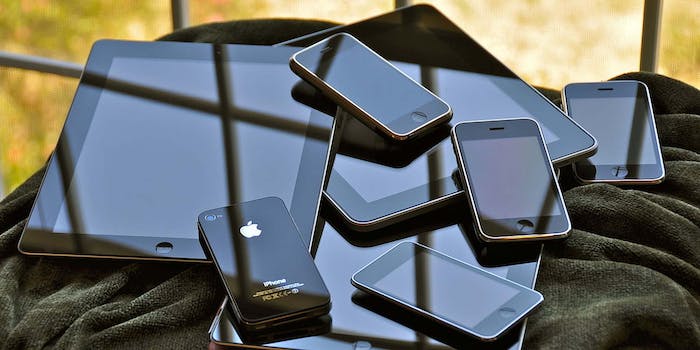 The XShirt wants to keep your electronics from killing you

When XArmour founder Titus Blair explains why he spent the past five years developing a T-shirt designed to block out the electromagnetic radiation emitted from cellphones and other electronic devices, he likes to tell a story. ‟I attended a large technology conference in the summer of 2008 in San Francisco, California,” he recalls, ‟where I was made aware of the dangers of electro-magnetic radiation… in a way I never expected.”

Blair was waiting in line to get into the conference and there were a few people sitting on the ground next to him typing away with their computers on their laps. He said that two guys came up to the little group, declared they were the people who designed those computers, and insisted the devices weren’t safe to be used on people’s laps because of the electromagnetic radiation being emitted.

‟They were called notebooks, not laptops for that very reason,” Blair said. ‟I was amazed that these guys would approach random strangers and inform them of the health risks of using a laptop on their laps.”

From there, Blair was intrigued. He started doing research on the dangers of electromagnetic radiation and eventually started a company to create products shielding people’s internal organs from that radiation.

The company’s first major product, the XShirt is currently scheduled to go on sale to the public this fall and currently in the midst of an Indiegogo crowdfunding campaign.

While the XShirt, which is expected to retail for around $125, looks and feels like a regular, cotton T-shirt, it is actually made out of a proprietary blend of silver fibers that, Blair claims, filter out between 90 and 99 percent of the electromagnetic radiation emitted in the 20 MHz to 8 GHz range. Also, it comes in any color, as long as that color is grey—although Blair said more variety will likely come eventually. 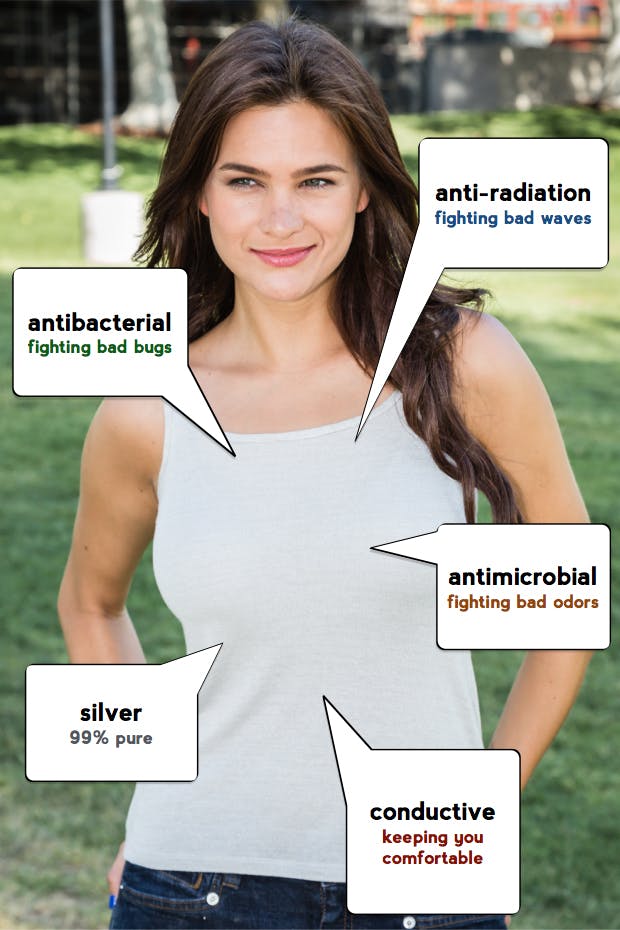 However, the debate over whether or not the radiation being emitted by the laptop, smartphone, or tablet (like the one you’re currently this is article on rightnow) will someday kill you rages on.

For his part, Blair points to researchers who have expressed concern about the dangers prolonged exposure to electromagnetic radiation have on fetal brain development, male fertility, insomnia, cardiac stress, and even cancer.

Still, major health organizations are a good bit more agnostic on the issue.

The U.S. Food and Drug Administration notes that the current body of scientific evidence has not linked cell phones with any health problems because the radiation frequencies emitted by mobile devices are too low to cause significant damage:

In 2011, the World Health Organization’s International Agency for Research on Cancer reclassified cellphones as something that are “possibly carcinogenic to humans,” putting them in the same category as everything from the pesticide DDT to coffee and pickled vegetables.

So, just as there hasn’t been a critical mass of widely accepted studies linking the electromagnetic radiation emitted by mobile devices to maladies like cancer, nothing has categorically ruled the link out either.

Politicians like former Congressman Dennis Kucinich, and similarly precaution-minded lawmakers in places like Berkeley, Calif., have attempted to require wireless companies to affix warning labels to cellphone packaging, but none have yet successfully overcome industry opposition.

‟I think we still have a ways to go in getting the word out to the public letting them know this is a real health impacting issue,” said Blair, who noted that each XShirt purchase also comes with a cellphone case made out of the same material as the XShirt, but still allows people to make phone calls. ‟Some have said it may be like the asbestos and smoking issues of the past, and I am concerned it may be much bigger.”