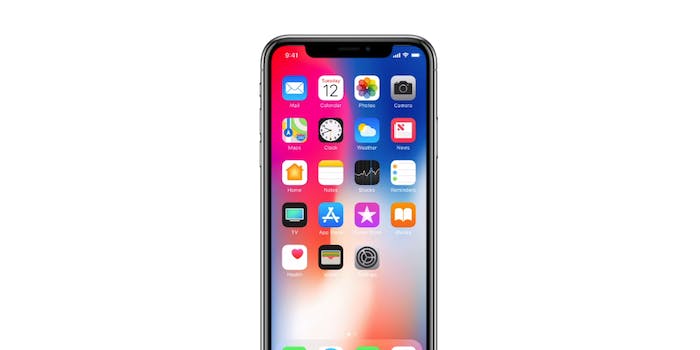 This new app replicates the iPhone X’s most distinctive feature

Here I sit, wistfully looking at the screen of my Android phone, wishing—nay, dreaming—that it was an iPhone X instead. It is, after all, the new king of phones (right?). If only my phone had that edge-to-edge display and that noticeable notch at the top of the screen. Then everyone could know that I, too, spent $999 on a new smartphone.

As it turns out, I’m in luck. There’s a new app that mimics one of the iPhone X’s best new features. Called XOutof10, the app does only one thing: it copies that distinctive black notch at the top of the iPhone X’s display for your own phone. It’s available for download on GitHub.

The description for the download is as straightforward as its function: “Simulate iPhone X’s bump on your Android screen, no 999$ needed.”

To run it, Android users must download and install the app, then click on the “Permit Drawing Over Apps” notification and allow it. Then, you just have to tap “Start.” When you’ve grown tired of the iPhone X simulation on your handset, just click “Stop” inside the app. You will need to be running Android 6.0 (Marshmallow) or higher for the download to work.

So no, XOutof10 doesn’t actually provide any of the utility or any of the real features that you’d get out of an iPhone X. However, it could be a fun way to troll friends who don’t have a very discerning eye for what the new iPhone looks like.