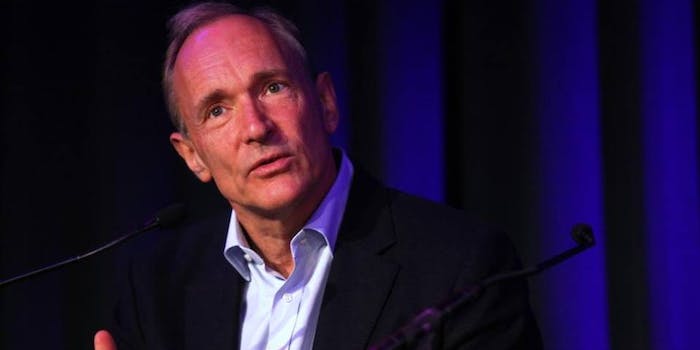 This guy's opinion matters a little bit more than the rest of us.

Everyone seems to have an opinion on the topic of net neutrality, but if there’s one person whose opinion matters just a little bit more than the rest of us, it’s probably the guy who invented the World Wide Web. Sir Timothy Berners-Lee is the reason we all type “www” before our favorite Internet destinations, and in a recorded statement played for the FCC today, he made it abundantly clear that he is a strong supporter of net neutrality.

“I didn’t have to ask anyone’s permission,” Berners-Lee noted, insisting that an open Internet was one of the reasons he was able to create the World Wide Web that we all know so well today. Specifically calling out Internet service providers, Berners-Lee demanded “simple, clear rules” that would prevent the internet from becoming something controlled by companies, rather than an open landscape with no restrictions.

His statement falls alongside many in the tech world who are watching today’s FCC vote closely in the hopes that the Internet will be classified as a “common carrier” service. This ruling would prevent throttling and priority service based on monetary agreements between companies.