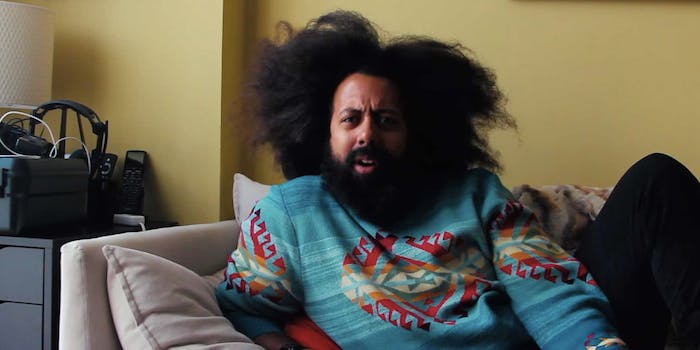 If you liked the noPhone—a “device” roughly the size and shape of your smartphone, with literally none of the features—then you’re going to love WorkHarder, a crowdfunding platform that rewards talent and tenacity, not people willing to scam friends and family for cash.

The concept comes to us from Daily Show producer Jena Friedman, with endorsements from creative greats including Reggie Watts. Aside from showcasing the sort of innovation that could well change the Web forever, the explanatory video is an advertisement for a comedy show being held tonight to benefit Doctors Without Borders’ Ebola relief efforts in West Africa. (The bill includes Janeane Garofalo, Ted Leo, Regina Spektor, Ira Glass, Fred Armisen, Jim Gaffigan, and David Cross—at $60 a pop,tickets are a steal and a socially conscious way to splurge.)

Don’t feel like breaking a sweat? Don’t worry—the Internet will always be full of rubes willing to throw cash at a well-marketed idea. Even if it’s not yours.