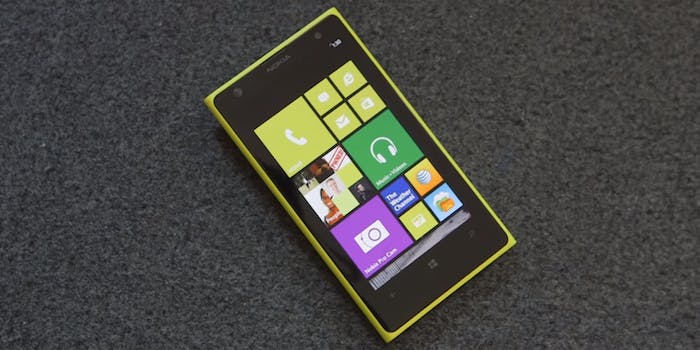 Windows Phone is dead, for good this time

The software giant is no longer releasing new features.

Microsoft is finally putting its beleaguered mobile operating system out of its misery.

Joe Belfiore, corporate vice president in OS at Microsoft, said in a series of tweets today that the company is no longer focusing on Windows Phone but assured its diehard followers that they’ll continue to receive support. It’s uncertain what this means for the mythical Surface Phone, a device hinted by Microsoft but only realized on forums and fan pages.

(1/2) Depends who you are. Many companies still deploy to their employees and we will support them! … https://t.co/LKQBL3w7gA

When asked if it was time to switch from Windows Phone, Belfiore said he’d moved to a different OS (à la Bill Gates) for more app and hardware diversity. The reason he left WP is the same reason it was set to fail when it first launched in 2010: Windows Phone was simply too late to the game and couldn’t entice developers to create apps for its small group of users. Because of this, Windows Phone’s app store lagged behind iOS and Android, and the few apps it did have typically received less support from developers.

While hardware diversity was also a problem throughout its short history—companies like Samsung and LG were reluctant to make flagship devices—Android and iOS users became envious of Microsoft for having the backing of mobile icon Nokia. Before it was acquired by Microsoft in a controversial deal that ended in disaster, Nokia created some of the best smartphone hardware available, including the 808 PureView, which featured an incredible 41MP camera. Calls for Nokia to create an Android-powered mobile phone went unanswered for years before Microsoft shook hands with then-Nokia CEO Stephen Elon, a former employee at Microsoft.

Windows Phone, with its simplistic Live Tile interface and paltry app store, remained a thorn in the side of any manufacturer who touched it. Things only got worse when Windows 8 for desktop tanked, and Windows Phone 8 came crashing down with it. At its height in 2013, Windows Phone owned just over 3 percent of the mobile OS market share. Now, 99.6 percent of all smartphones run on Android or iOS.

You could argue that Window Phone actually died more than a year ago when Microsoft announced massive job cuts to its mobile business. Most of the employees who lost their positions were formerly working for Nokia in Finland. A few of them would land at HMD, the Finnish company that is finally bringing the Nokia name and Android OS together.

As much I agree with Microsoft’s decision to take Windows Phone off life support, today’s news hits me hard. My first smartphone was a Nokia Lumia 920, a gorgeous device built long before Microsoft dirtied the brand. For me, and a small group of cult followers, Windows Phone was the answer to Apple’s restrictive ecosystem and Android’s early software woes. But its full potential was never realized—software updates ignored important features, the app store never filled up, and the sale of Nokia left a bitter taste.

Still, today is a day of mourning for anyone who was brave enough to enroll in the Windows Phone experiment. Goodbye, WP. Believe it or not, you will be missed.