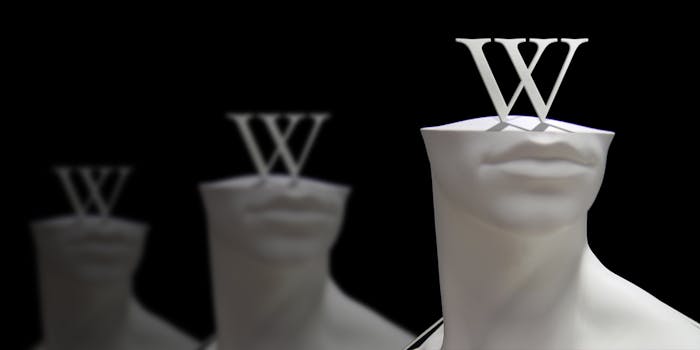 Wiki-PR is not affiliated with Wikipedia, and Wikipedia wants to make that clear.

Wikipedia has finally had enough with a public relations company it accuses of hiring fake editors to alter articles on the world’s largest encyclopedia in its clients’ favor.

So Wikimedia, Wikipedia’s parent company, has sent a public cease and desist letter to Wiki-PR, threatening to “take any necessary legal action.”

Despite its name, Wiki-PR has no relation to Wikimedia. That in fact belies the site’s biggest complaint: That the firm blurs the line between those legions of Wikipedia editors who spend hours trying to make the site objective and truthful, and a public relations firm that wants to make a buck by altering articles to make its clients look better.

Clients who hire Wiki-PR have previously told the Daily Dot that they were unsatisfied with their service. Their company pages would go down after a Wikipedia editor discovered it and deleted it for not being newsworthy, they said, and though Wiki-PR would promise to have it right back up, that often wasn’t the case.

Soon after news broke of Wiki-PR’s practices—often referred to as “sockpuppetry”— Wikimedia released a statement condemning the firm’s actions. On October 25, it formally banned “anyone who derives financial benefit from editing the English Wikipedia on behalf of Wiki-PR.com or its founders.”

But it appears that message didn’t take. Wikimedia took another stepTuesday, having its chief lawyer send a cease and desist letter and publishing that letter on its site. It states, in part:

As we have discussed with you previously, we have come to the opinion that, based on the evidence that we have to date, that agent(s) of your company have engaged in sockpuppetry. […] As we have explained to you, this practice violates the Wikimedia Foundation’s Terms of Use[…] This practice also gives rise to a number of potential legal claims, including statutory and common law fraud, unfair business practices, breach of contract, and trespass to chattels.

Wikimedia gave Wiki-PR until Friday to acknowledge the cease and desist, with the clear implication it plans to press charges if the site doesn’t comply.