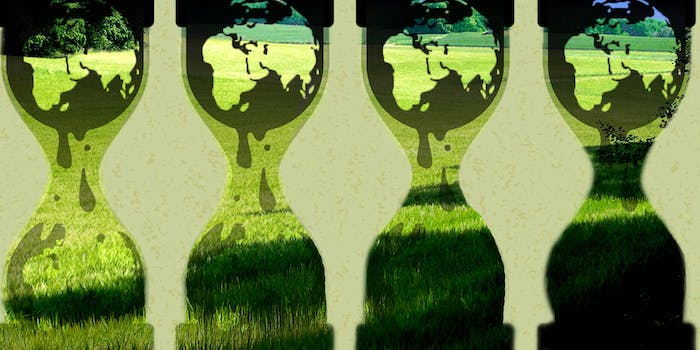 Here’s how the Trans-Pacific Partnership could affect the environment

Tensions over the environment may help explain why a dozen TPP countries haven't reached a deal yet.

WikiLeaks has obtained and released yet another section of the world’s most controversial proposed trade deal, the Trans-Pacific Partnership. This time, it’s about how the treaty could affect the environment.

Criticism of the TPP is complex and varied. Much of it centers around the fact that public advocates and journalists have been excluded from negotiations, but corporate lobbyists have been given some access to negotiators. Others point to the fact that its copyright provisions may essentially lock in certain member countries–which include a dozen countries in every continent but Europe and Africa–into de facto law that would be harmful for the Internet.

WikiLeaks has previously addressed both those criticisms by releasing both an overall fact sheet of countries’ negotiating stances and the entire draft of the intellectual property chapter.

Reading the draft chapter on the environment is a tricky thing: it was never meant to see the light of day, so like the intellectual property draft, it’s a hodgepodge of different countries’ positions. One recurring theme seems to be that the U.S. is no longer pushing as hard for environmental protections as it once was. Ilana Solomon, director of the Sierra Club’s Responsible Trade Program, told the New York Times that the U.S. position now “rolls back key standards set by Congress.”

A separate section shows that the U.S. has largely stood in opposition to Pacific Rim countries, pushing for signees to be legally bound to pay for violating environmental regulations. This stands in contrast for the country’s highly-criticized “bullying” of other countries to adopt stronger copyright practices.

President Obama has repeatedly stressed a desire to hurry and complete the TPP, which has faced repeated delays and didn’t reach completion by its 2013 deadline. The next round of talks have yet to be announced.