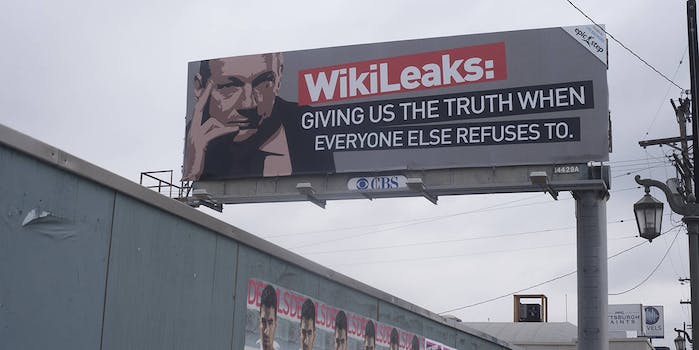 'He has been an issue since [Sept. 2015] with no updates for his involvement in Black Lives Matter protests.'

Wikileaks’s ongoing series meant to discredit Democratic nominee Hillary Clinton has certainly shaken up the party she’s representing. The leak of nearly 20,000 DNC emails released on Friday brought to light improbable political tactics as well as called into question the Democrats’ support of one of their own: Vermont Sen. Bernie Sanders, who had been campaigning for the nomination until he endorsed Clinton at a joint rally July 12.

One of the more surprising items to emerge from the DNC dump is political operatives’ treatment of Black Lives Matter activist and former Baltimore mayoral candidate Deray McKesson. In an email dated May 16, National AALC Finance Director Jordan Vaughn issues a request to the DNC to vet McKesson in order to “act as a surrogate for us at a young professional event possibly featuring the Chair.”

McKesson’s name is accompanied by a number, indicating that he’s been on the DNC’s radar for quite some time. Senior Research Supervisor Chad Rivard confirms it in his response.

“He has been an issue since [Sept. 2015] with no updates for his involvement in Black Lives Matter protests,” Rivard writes, adding that he’s unsure whether McKesson was running for mayor or not, despite the fact that the DNC had been avidly following the Maryland primary and included the Baltimore mayoral race results in frequent email updates.

McKesson had been previously vetted on two separate occasions: Jan. 13, 2016 and Sept. 18, 2015. It’s revealed that he’d attended or been apart of two prior Democratic events, though he gave no contributions to the party. Unsurprisingly, McKesson’s record is clean. Though he’d been arrested previously during demonstrations, the prominent activist has no criminal record nor has he had major financial issues.

So, why did the DNC consider McKesson to be a potential problem? A dump of data shared by Rivard from legal research engine LexisNexis shows snippets of information regarding his involvement with Black Lives Matter as well as criticisms of politicians. Rivard includes a basic internet search, along with attachments of fairly innocuous photos, save for a tweet. 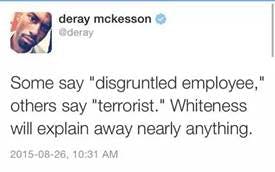 The image comes along with a full write-up from the Daily Caller regarding McKesson tweeting about the Virginia shooter’s race then deleting his message when it was revealed that the suspect, 41-year-old Vester Lee Flanagan, was African-American. The tweet appears to be the only “issue.”

Deputy Director of Compliance Alan Reed and CFO Brad Marshall both signed off on McKesson’s involvement, though it’s unclear if it ever came to fruition.

“I’m ok. He finished 6th in the primary. Anyone object?” Reed writes.