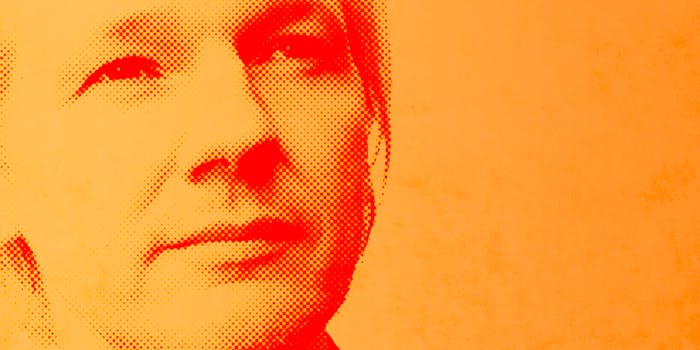 The files include Brennan’s application for a security clearance, faxes regarding a dispute between the Central Intelligence Agency and Brennan’s private security firm, the Analysis Corporation, and a letter from the former vice chairman of the Senate Select Committee on Intelligence to his fellow board members that details a proposal for how to make future interrogation methods “compliant” and “legal.”

The 47-page application for Bennan’s security clearance includes Brennan’s passport number, home address, and phone number, as well as the names, phones numbers, and home addresses of his references. Also included in the document unredacted are Brennan’s employment history and his wife’s Social Security number.

Wikileaks did not immediately respond to a question regarding why they did not redact the personal information before publishing the document.

When asked if the documents came from the alleged teenaged hacker that said he hacked Brennan’s AOL account, WikiLeaks told the Daily Dot, “We never reveal our sources.”

The leak also included a bill from July 2008 called “Limitations on Interrogation Techniques Act of 2008.”

One hacker, who goes by the name Cracka and initially claimed responsibility for the hack, said that he “socially engineered” Brennan’s Verizon account—referring to the process by which hackers manipulate people to turn over information that allows them access to private accounts—which was linked to Brennan’s personal AOL account. From there, Cracka says he socially engineered his way into the AOL account as well.

The hack on Brennan’s account was apparently politically motivated.

“We aren’t doing this for personal gain,” Cracka told the Daily Dot earlier this week. “It’s for FreePalestine and FreeGaza.”

On Tuesday, Cracka distanced himself from the hack, claiming a group was behind the intrusion.

The Federal Bureau of Investigation told the Daily Dot in an emailed statement that it is investigating the hack along with the U.S. Secret Service. “Because this is an ongoing investigation, we are restricted from commenting further,” an FBI spokesperson said. “We are not commenting on any other allegations at this time.”

The CIA did not immediately respond to our request for comment, nor did the Office of the Director of National Intelligence. The White House refused to comment on the matter.

In late 2010, WikiLeaks released the Iraq War Logs, a collection of over 400,000 military documents.

Photo via Espen Moe/Flickr (CC BY 2.0) | Remix by Max Fleishman