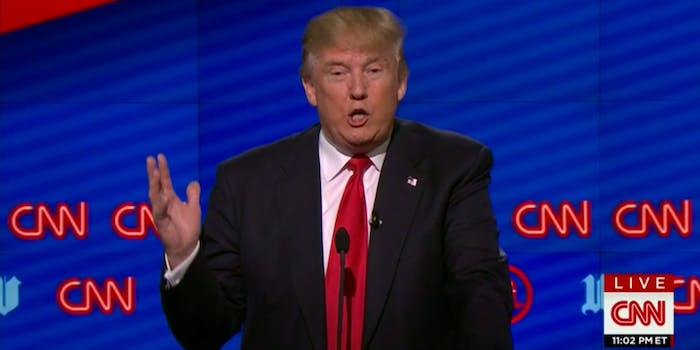 Who won the GOP debate in Miami?

The data doesn't lie—but does it tell the whole story?

With just days before the do-or-die March 15 primaries, the Republican presidential candidates took the stage in Miami, Florida, to duke it out one last time.

Compared to the last GOP debate, however, Thursday night’s event was downright subdued. There were no major outbursts, interruptions, or spats. Screaming remained at a bare minimum. And Donald Trump managed to bottle up most of his insults for a rainy day.

Some might call it boring. Other’s might think it civilized. Whatever you label it, this Republican debate was unlike any other we have seen so far in the 2016 election.

So, were any of the candidates able to break through Trump’s wall of victories? Did Sen. Marco Rubio (R-Fla.) manage to score a win? Did Ohio Gov. John Kasich push himself above the fray? Did Sen. Ted Cruz (R-Texas) convince skeptical Americans that he has what it takes to occupy the Oval Office?

We’ll find out soon enough. But the real-time data from Twitter and Google points in a singular direction: Trump.

In straight search results, Trump remained the most popular candidate in all 50 states both before and after the debate.

Save a brief moment near the start of the event, Trump even maintained a lead in search results coming from Florida, where voters will award all 99 of the state’s delegates to the winner of Tuesday’s primary.

Not only did Trump lead in all 50 states, he generated more search activity than all of the other GOP presidential candidates combined.

Of course, some of those searches were about the Republican front-runner’s hair.

On Twitter, Trump generated two-thirds of the overall debate conversation.

And most of the Twitter users who voted in the social network’s poll said they were on #TeamTrump.

#GOPDebate viewers: which describes you?

Although Google and Twitter activity does not equal votes, they do indicate Americans’ curiosity about the candidates. The votes will come on Tuesday, when Ohio, Florida, Illinois, North Carolina, and Missouri hold their primaries. All the states except North Carolina are winner-take-all contests, meaning whoever wins those states takes all the available delegates.

Trump is currently leading in all five states, but he is up by only 2.5 points over Kasich in Ohio, which has 66 delegates up for grabs. Given that Trump needs to win 54 percent of all remaining delegates to secure the nomination, every little bit counts.