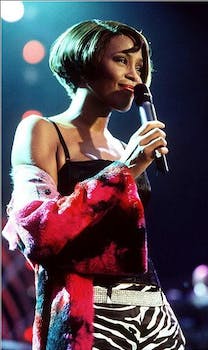 “The Bodyguard” yanked from Netflix streaming

How will we know if Hollywood's really gouging us?

We’ve all been there–a movie’s been languishing on your Netflix queue for months until one day, fate hands you a compelling reason to watch it. Maybe it’s a famous horror movie, and tonight is Halloween. Or maybe the film in question has just been remade and you want to go back and watch the original. But when you pull up Netflix, you find that the title is mysteriously unavailable to stream.

This begs the question: When demand for a movie suddenly increases, do Hollywood producers and studios consciously pull the title, forcing viewers to shell out extra money for the DVD?

An account of a Netflix customer service call suggests this may be the case. Dan McDermott, a newspaper publisher in Virginia, took to Google+ to recount what happened when he tried to watch The Bodyguard last Saturday night:

I was inspired to watch the movie The Bodyguard tonight after watching Kevin Costner’s stirring tribute to his former co-star at Whitney Houston’s funeral this afternoon.

So I called Netflx and the rep confirmed what I suspected:

Netflix rep: ‘Okay Dan, I just went and talked to my main supervisor as to why the movie had been pulled and the reason it was pulled was the production company pulled the streaming rights from us because all the publicity after Whitney Houston’s passing there was an opportunity to make really a very large amount of money on the DVD sales of her movies. So they’re going to pull all the streaming titles we have of Whitney Houston so they can make more money off the DVD sales of her movies.’”

While yanking “Groundhog Day” every February 2 is merely annoying, you might expect production companies to show a little more sensitivity when the increased demand is due to an actress’s death.

Granted, this is a secondhand account from a Netflix customer-support rep, not Kasdan Pictures, the production company behind The Bodyguard. The company has yet to make a statement regarding the conveniently timed pullout, but it’s worth noting that The Bodyguard is distributed by Warner Bros., a studio which has haggled with Netflix over DVD distribution rights in the past.

This isn’t the first time an online media distributor has come under fire in the wake of Houston’s death. The day after she died, Sony hiked the prices for Whitney Houston compliations were by up to 60 percent on the British iTunes store. The company has apologized for what it called a “mistake” and has since lowered the prices.

If this story only served to put you in the mood to watch The Bodyguard, fear not. The film is still available to stream on Amazon.com at no cost to Amazon Prime members or at $2.99 for all other users.

Update: Netflix spokesman Steve Swasey told AllThingsD’s Peter Kafka that The Bodyguard was not pulled off streaming following Houston’s death; it has not been available since the end of 2011, as have other Warner Bros. titles, because Netflix did not renew a deal with the studio.