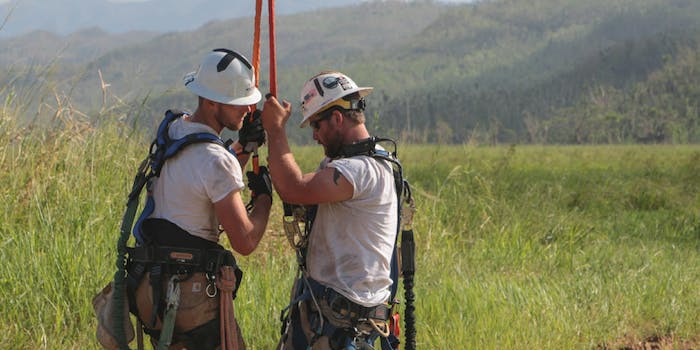 The contract is under scrutiny.

As lawmakers continue to ask questions regarding a Puerto Rico recovery effort energy contract handed out to a small firm with ties to a member of President Donald Trump’s administration, a copy of the contract obtained by a Daily Beast contributor highlights some of the details and accommodations the company was scheduled to receive for its work.

Whitefish Energy, a Montana-based company from the hometown of Interior Secretary Ryan Zinke, was awarded the $300 million contract to repair damaged transmission lines in Puerto Rico. At the time Hurricane Maria hit the island, Whitefish reportedly only had two employees.

The connection between Zinke and the company has been questioned by lawmakers. Puerto Rico Gov. Ricardo Rossello said he has asked the Office of the Inspector General to review the contracting process of Whitefish. Zinke’s office said he had no role in Whitefish securing the contract for work in Puerto Rico, according to the Washington Post.

Journalist Ken Klippenstein published the contract on Thursday night. The contract highlights how much different workers are paid, including a $332 stipend for accommodations per day, as well as a $20,000 helicopter airlift.

Perhaps most strikingly, the contract states that “in no event” shall the Puerto Rican government, FEMA, or the Comptroller General of the United States “have the right to audit or review the cost and profit elements of the labor rates specified herein.” The Puerto Rican power authority also “waives any claim against [Whitefish] related to delayed completion of the work.”

Amid the work, the company got into a Twitter spat with San Juan Mayor Carmen Yulin Cruz. Cruz questioned the contract during an interview with Yahoo News on Wednesday, where she lamented the fact that millions of Puerto Ricans are still without power following the storm.

In the interview, Cruz called the Whitefish deal “alarming,”adding that the contract should be “voided right away.”

The company put out a statement saying they “share the mayor’s frustration” but called her comments “misplaced.” Replying to Cruz, Whitefish’s Twitter account wrote: “We’ve got 44 linemen rebuilding power lines in your city & 40 more men just arrived. Do you want us to send them back or keep working?”

We’ve got 44 linemen rebuilding power lines in your city & 40 more men just arrived. Do you want us to send them back or keep working?

Whitefish later apologized for the tweets.

The Daily Beast reported earlier this week that a private-equity firm, HBC Investments, finances Whitefish and its founder Joe Colonnetta contributed thousands of dollars to Trump’s campaign and the Republican National Committee in 2016.

The contract is being investigated by two committees in the House of Representatives. Both Democrats and Republicans in the House sent Whitefish CEO Andrew Techmanski a letter on Thursday asking for documents from the company including: copies of contracts between Whitefish and Puerto Rico Electric Power Authority, a list of entities subcontracted by Whitefish for the hurricane response, and a map detailing current work and future work in Puerto Rico.