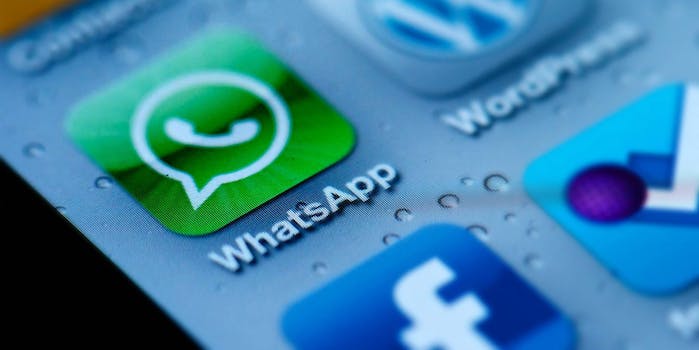 How to keep Facebook from getting your phone number from WhatsApp

You should have known WhatsApp was a gossip.

Facebook’s nosey nature finally got the better of it. On Thursday, the Facebook-owned messaging app WhatsApp announced it will start sharing limited bits of user data, including phone numbers, with parent company Facebook.

In a blog post, WhatsApp detailed the change, noting that coordinating with Facebook means the messaging service will be able to do things like better track metrics about how people use it and fight spam messages.

As for what Facebook wants with user infomration from WhatsApp, well, it’s never been one to turn down a data point. Having access to a person’s WhatsApp number will allow Facebook to offer better friend suggestions—presumably based on contacts—and better target ads to users.

While it is still WhatsApp policy to never sell, share, or give user phone numbers to advertisers, the company did express an intention to allow businesses to communicate with its users. The company plans to test that possibility in a few months, and will “update our terms and privacy policy to do so.”

One might expect it to be modeled off Facebook Messenger, which now allows users to interact with customer service representatives (often bots) and reportedly may one day let companies directly contact users to deliver offers and advertisements.

WhatsApp noted that privacy was still its priority, and end-to-end encryption ensures that no one other then the sender and recipient are able to see the content of the messages.

Still, some may view it as a step back from the stance company co-founder Jan Koum, who promised users after WhatsApp was bought by Facebook that, “Respect for your privacy is coded into our DNA, and we built WhatsApp around the goal of knowing as little about you as possible.”

How to opt out

For the time being, users who find the change too invasive can still opt out of it through one of two methods.

The first is to open the app after updating. An updated version of the terms of service and privacy policy will appear. Before tapping “Agree,” tap “Read.” At the bottom of the screen, there is a prompt to share your information with Facebook. Uncheck the box or toggle the control next to it. 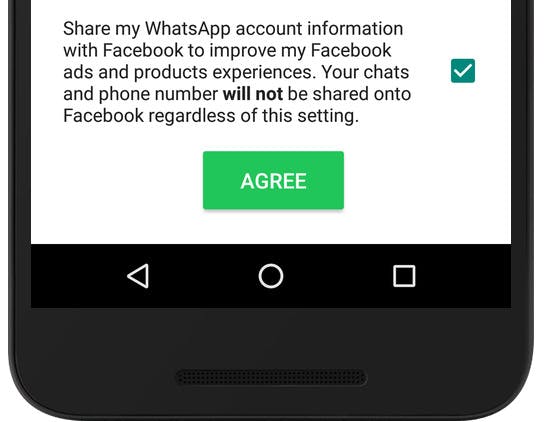 If you’ve already updated and agreed to the terms, or just instinctively hit the “Agree” button, you have 30 days to opt out still. Go to the WhatsApp Settings menu and tap Account. You should see an option that says “Share my account info” with a checked box or toggle next to it. Uncheck it or toggle it off. 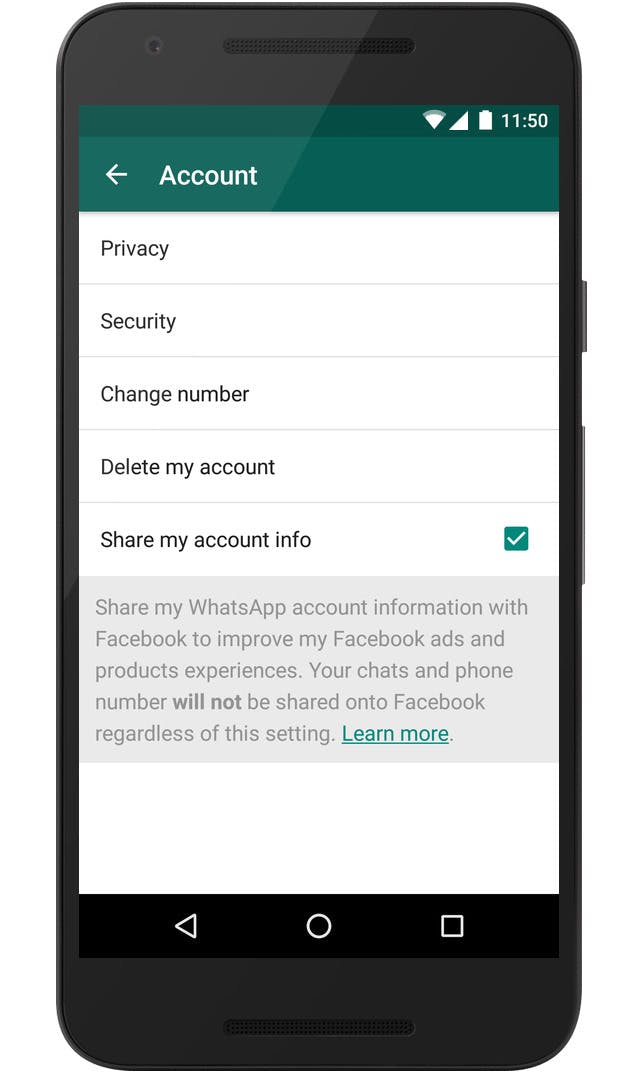 WhatsApp notes that even when you opt out, Facebook will still receive and use your information for “improving infrastructure and delivery systems, understanding how our services or theirs are used, securing systems, and fighting spam, abuse, or infringement activities.” It just won’t be able to use it for targeting ads.