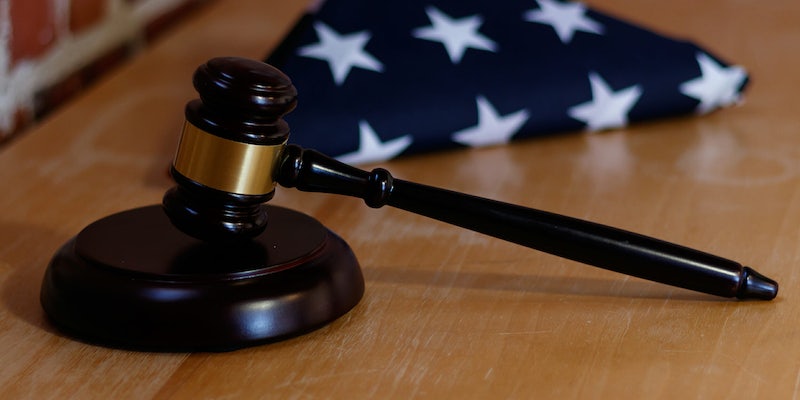 Attorney General Jeff Sessions said on Tuesday that the Department of Justice’s internal watchdog would look into whether the FBI illegally monitored the communications of Trump associate Carter Page. It’s a controversy that has torn apart the House Intelligence Committee and its ranking members, Rep .Devin Nunes (R-Calif.) and Rep. Adam Schiff (D-Calif.)

Republicans have accused the FBI and the Department of Justice of abusing the law known as the Foreign Intelligence Surveillance Act, or FISA, in its investigation of the Trump campaign’s ties to Russia. Democrats say everything is on the level.

So, who is right?

FISA, and the issue of whether or not the country’s law enforcement agencies violated it, is the fuel driving the ongoing Republican-Democratic back and forth, highlighted by dueling memos. But what exactly is it?

The FISA law was enacted in 1978 following the Church Committee investigation that revealed the CIA, FBI, and NSA’s abuse of electronic surveillance of Americans for national security purposes, including political leaders such as Rev. Martin Luther King Jr.

Then-FBI Director J. Edgar Hoover’s paranoia of a vast Communist conspiracy and the Cold War meant the practice of unregulated spying on American citizens—including monitoring their political activities—became the norm for the U.S. intelligence community. This was meant to curb that.

Under FISA, a law enforcement agency such as the FBI would need to obtain a warrant from a secret court known as the Foreign Intelligence Surveillance Court (FISC). The FISC approves requests from the intelligence community to conduct wiretaps, collect personal data, and spy on suspected terrorists, criminals, and possible operatives of foreign governments on U.S. soil.

Very little is known about the FISC outside of the mere fact of its existence. Its hearings are all closed and its opinions are classified. Critics of FISA point to the fact that very few of the warrant requests from the government are rejected and accuse it of serving as a rubber stamp for the intelligence community. Between 1979 and 2012, the FISC received 33,900 requests for warrants and approved all but seven.

Some argue that this statistic on the FISC approval rate may be misleading and doesn’t take into account the number of times applications for wiretaps are either revised or withdrawn after signs that a FISC judge won’t approve them.

Why does FISA matter now?

It all starts with former Trump campaign official Carter Page. Page become a person of interest to the FBI after a series of meetings with Russian spies in Moscow, where Page worked as an energy industry executive for many years. The U.S. government obtained a warrant through a FISA court to surveil Page on the premise he was working for the Russian government. Although he left the Trump campaign, he was surveilled in the run-up to and after the election.

A three and a half page memo released by Nunes in February called the FBI’s investigation of the former Trump aide’s ties to Russia a “troubling breakdown” of the surveillance protocols outlined in FISA. The Democrat’s rebuttal authored by Schiff (D-Calif.) argued that this simply was not the case. Schiff’s memo noted that Page was targeted for recruitment by Russian operatives long before he even began working for the Trump campaign.

Still, Republicans believe that the FBI’s spying on Page was based on uncorroborated hearsay, including what was in a highly controversial dossier by British spy Christopher Steele. FISA contains strict rules that are meant to protect the privacy of everyday Americans, and Republicans believe that the FBI not only violated them in its investigation of Carter Page, but pursued the investigation due to political motives.

“We can’t have a secret court operate like this in America where they’re going to take and use it against political enemies. Where one political party can use it against another. It’s not going to work, if that’s going to be the case,” Nunes said on Fox Business.

Section 702 is probably one of the most controversial parts of the FISA law. It allows the U.S. government to collect electronic communications of foreign citizens overseas without a warrant. It was approved in 2007 under another name and integrated into FISA in 2008.

Congress approved a six-year authorization of Section 702 earlier this year. While Section 702 does not allow warrantless wiretapping of U.S. citizens, the communications of Americans in theory can be picked up incidentally. For example, if an American living abroad was communicating with a Russian operative or a member of ISIS.

Many Republicans, who were overwhelmingly in favor of Section 702 immediately after 9/11, have now flipped to opposing the law. Most likely, this is in light of the government’s investigation into the Trump campaign’s contacts with Russia. On the day the House met to vote on FISA, Trump tweeted that Section 702 was responsible for allowing warrantless wiretapping based on unfounded allegations about Page in the Steele dossier.

But this simply isn’t the case. New York Times reporter Charlie Savage points out that the government actually went through the formal court process and used a Title I FISA warrant to spy on Page, not Section 702. Furthermore, CNN reported that spying on Page began in 2014, long before the Steele dossier even existed.

What’s next for FISA?

Despite all this evidence to the contrary, Republicans are still convinced that the FBI had political motives behind its decision to monitor a Trump campaign official. Meanwhile, Democrats believe that the FBI’s innocence is borne out by the fact that proper FISC court procedures, and not warrantless wiretapping, was used in its investigation of Page.

“Our extensive review of the initial FISA application and three subsequent renewals failed to uncover any evidence of illegal, unethical, or unprofessional behavior by law enforcement and instead revealed that both the FBI and DOJ made extensive showings to justify all four requests,” wrote Schiff in the Democratic rebuttal memo.

But with Robert Mueller’s investigation into the Trump campaign proceeding, expect FISA to stay in the news.