From the release of the Apple Watch to the MICA smart bracelet, 2014 was the year of the tech-infused accessory.

Although most wearable tech has traditionally been considered bulky, unwieldy, and just plain ugly (we’re looking at you, Google Glass), 2014 was the year of the high-end wearable. It was the year Apple revealed its highly anticipated smartwatch, and designers and brands like Opening Ceremony, Tory Burch, and Rebecca Minkoff also unveiled their own upscale takes on the tech-infused accessories trend. In fact, as more and more startups and big-name brands are getting in on the wearables craze, the market is becoming more lucrative, with experts projecting that the wearables market will be worth an estimated $5.8 billion by 2015.

If you’re looking for a gift for the tech-savvy fashionista in your life, don’t worry: The Daily Dot has got you covered. We’ve assembled a roundup of the best-designed tech-infused jewelry pieces for you this holiday season, no bulky wristbands or unsightly buttons included.

The product of a collaboration between Intel and the upscale fashion brand Opening Ceremony, the MICA is a gem-encrusted smart bracelet featuring a curved sapphire touchscreen, which allows you to check your text messages, email, and even view local Yelp reviews by swiping up and down. Functionally, the MICA isn’t much more sophisticated than the Apple Watch, but it’s a lot better looking: The piece is brandished with pearls, lapis stones, and obsidian, and the wristband itself is made of “Ayers snakeskin.” 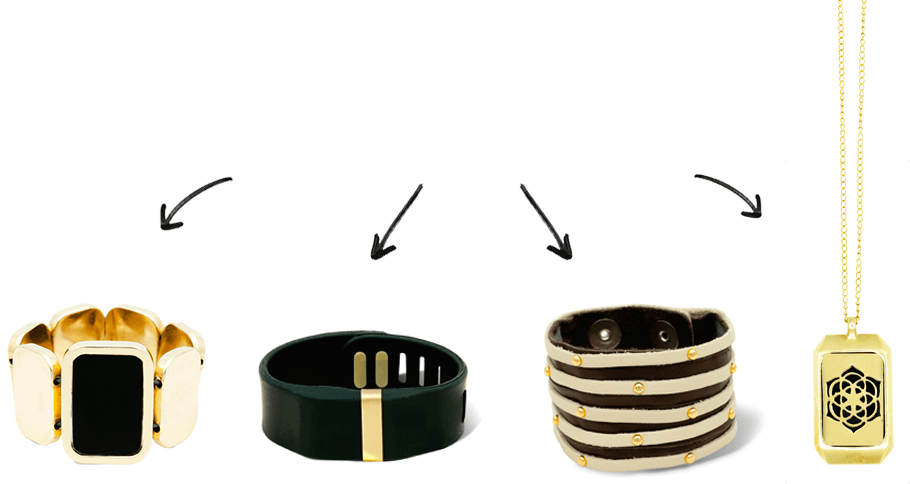 Available in “shredded leather” and “sporty silicone,” the Cuff is a bracelet that also doubles as a security system. After you pre-select a list of “first responders,” the Cuff will deliver an emergency alert to someone on your contacts list if you’re in trouble, as well as your location and live audio. But the Cuff isn’t just a security system: It’s also a notifications system, alerting you to your incoming texts and calls. 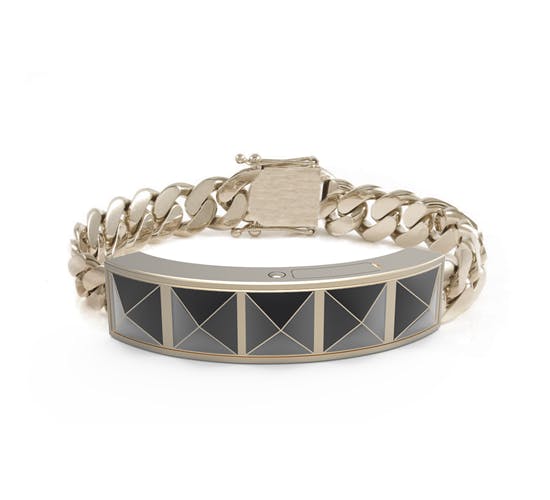 Designed in collaboration with the luxury phone case company Case Mate, this simple, chain-link bracelet by accessories designer Rebecca Minkoff debuted last fall at New York Fashion Week. Much like the MICA smart bracelet, the bracelet connects to Bluetooth and vibrates to alert you of text and phone notifications from a select group of contacts, but it’s much more versatile and simpler in design. Minkoff has also released a $60 studded cuff, which doubles as a USB phone charger. This sleek silver bangle is connected to your iPhone, so it vibrates to alert you if you have any incoming phone calls or text messages, with distinct vibrations for each type of notification. (Like the Case Mate, you can also customize your group of contacts via the MEMI app.) Additionally, the MEMI boasts a calendar feature, so the bracelet will gently vibrate to alert you if you have an upcoming meeting or appointment. 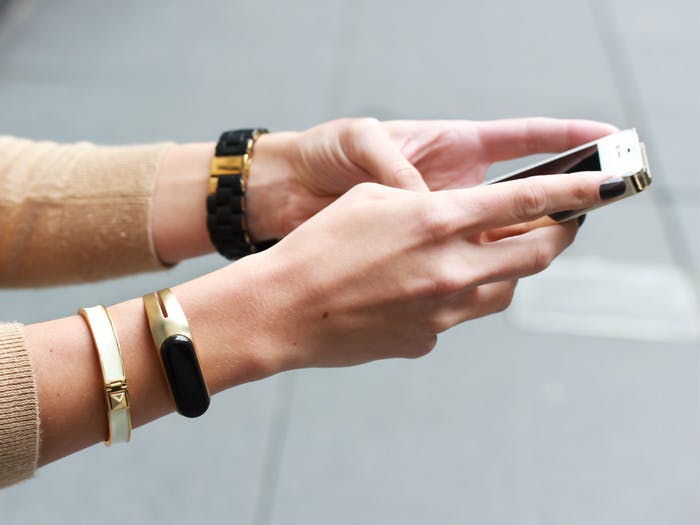 While wearing bangles and baubles during an intense workout might not seem like a great idea off the bat, the Mira is indeed a fitness-tracking wearable. It’s a slim golden bangle adorned with a black fitness tracker that hooks up to a mobile app, which delivers personalized Boosts, or suggestions for improving your fitness, throughout the day. Although the brushed gold band is fairly distinctive-looking, it’s also discreet, so you can easily wear it long after you’ve finished your workout.

This Bluetooth-enabled smart ring is essentially a pager you wear on your finger, lighting up or vibrating whenever you receive a phone call. (The ring is connected to an app that lets you select your most important contacts, such as your boss or your significant other, so the ring will only alert you when you receive calls from them.) The purpose of the Ringly is to alert you to incoming calls and texts, without actually requiring you to be in front of your phone. While Ringly has received a generous amount of criticism for its vaguely sexist marketing tactics, if nothing else the ring is pretty enough to be worn as a piece of costume jewelry. While not the most aesthetically appealing wearable of the bunch, the Bluetooth-enabled MOTA SmartRing has a sleek, minimalist design: It’s a band with a small, light-up touchscreen, which you scroll through to see how many text, email, Facebook, and Twitter notifications you have. Like the Ringly, the Mota smart ring vibrates to alert you of any incoming notifications. Don’t wanna wear your FitBit to the gym? Pop it in one of the baubles designed by Tory Burch, who released a collaboration with the activity tracker earlier this year. Emblazoned with the designer’s trademark “T” logo, Burch has teamed up with Fitbit to create a series of metal bracelets and necklaces, which pop open and conceal the Fitbit activity tracker. 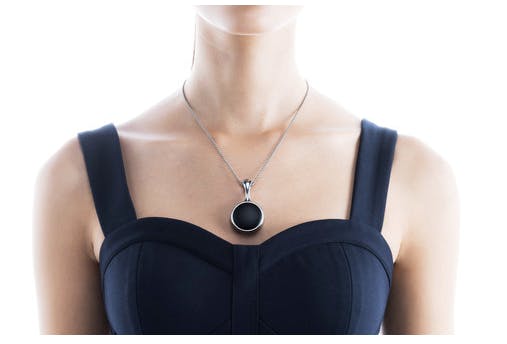 Like the Tory Burch pendant for Fitbit, the Misfit Bloom Necklace is a pendant that snaps open to house the Shine activity tracker, which connects to a mobile app to show graphs of your daily activity. The stainless steel pendant is engraved with floral patterns and comes in different colors, which complement the hue of your activity tracker. 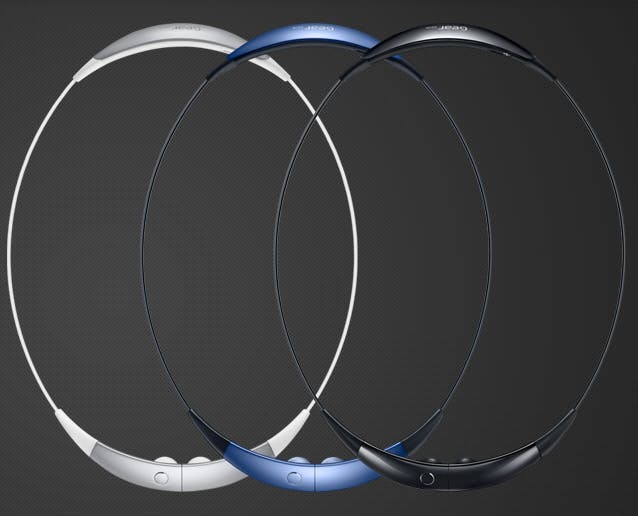 Unlike the other necklaces on this list, the Samsung Gear Circle isn’t an activity tracker; rather, it’s a set of smart earbuds that connect to your cell phone, so it’ll gently vibrate if you receive any incoming calls or texts, thus negating the necessity of having to dig through your purse or bag to find your cell phone. It’s not the prettiest of necklaces—in fact, it looks like something straight out of The Jetsons—but what the Gear Circle lacks in aesthetic appeal it makes up for in functionality: The necklace also includes a voice command feature, so you can make and receive hands-free calls.