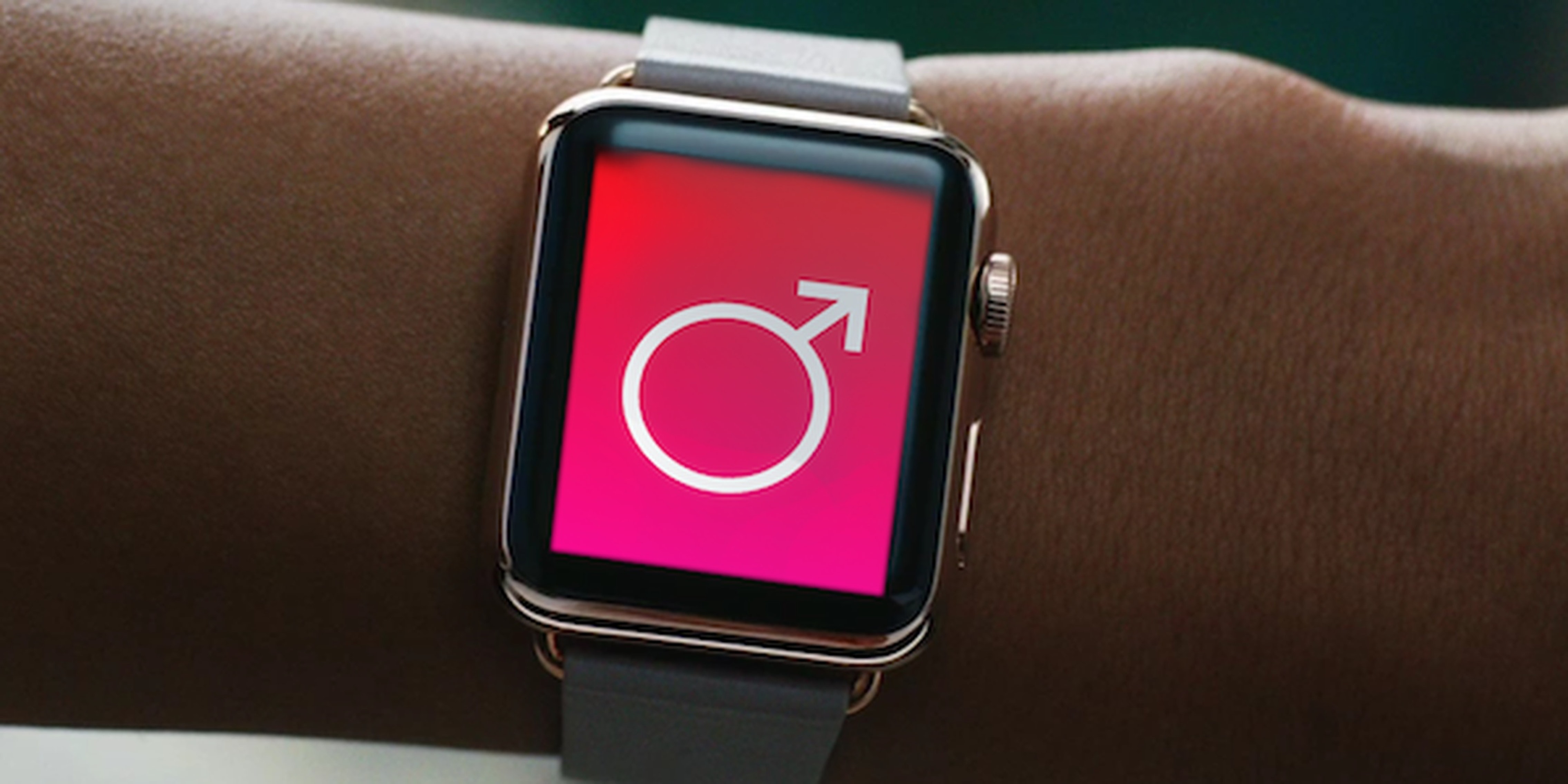 Like Tinder, this app will help you find a date based on your proximity.

Dating apps tether us to our phones and amuse us during late nights at bars with our friends. But instead of talking to people around us, we end up disappearing in an endless stream of messages and profiles, constantly dancing around the promise of an actual potential date.

Enter WatchMe88, a dating application that uses the newly discovered real estate of our wrists. The app is launching for Apple Watch, the newest—and some say best—competitor in the wearables market.

Instead of asking you to swipe through an endless series of profiles, WatchMe88 encourages people to get together IRL. (Yes, that means you actually have to talk to people at your local bar or coffee shop.) An app on your smartphone pairs with the one on the watch and uses your location to send potential mates a signal that you’re looking to meet someone.

When logging in, the app asks you to select the gender of your potential date, as well as the distance you’re willing to travel to meet up. Because it’s location-based and geared toward small areas, it only extends between 50 meters to 50 kilometers. When a potential match is in your radius, both your Apple Watch and their Apple Watch will emit a soft light, so both of you know you’re willing to be approached.

The watch will light up red or blue when it’s near another Apple Watch worn by a compatible user. Additional features include messaging and a “wink” feature that will let you contact people before approaching them directly.

“We have two problems today: The fear of rejection and technology that separates people,” Yoav Elgrichi, co-founder and CEO of the Singapore-based WatchMe88 startup, said in an interview with the Daily Dot.

Elgrichi says that by emitting a signal that lets people know you’re willing to be approached, WatchMe88 will take some of the awkwardness out of meeting new people.

Because wearables are becoming more widespread and the Apple Watch is attempting to make wrist tech mainstream, Elgrichi said he wanted to create something for the connected set who might want to engage with other singles without being glued to their phones. Elgrichi said he decided to go with Apple first, thinking the company will soon create a mass market for wearables.

“What we saw in the past is that Apple set the tone to bring niche solutions to the mass market, like they did in the past with the iPhone,” he said. “So we assume they will do the same to wearable devices.”

Elgrichi received funding from the Singapore government for WatchMe88. He works as an advisor for tech firms in Singapore.

Though WatchMe88 is starting with dating, the company is planning on expanding the tech beyond in-person hookups. Elgrichi said they’ve also patented the technology to be used in other areas such as advertising and retail.

“Advertisement…is based on the here and now,” he said. “After all, we know the location of the people and we can control the watch. With their permission we can give them very relevant advertisements.”

Bringing together Apple Watch wearers for some IRL face time is an interesting concept in theory. But there are at least a few issues that could crop up and render the app either useless or unsafe.

Apple Watch launches on Friday, and there are already thousands of people with pre-ordered devices. But even with the popularity of the Apple Watch rising faster than that of models like the Moto 360 or Samsung Galaxy Gear, wearables are still a relatively nascent technology. In order for an app like WatchMe88 to be successful, Apple Watches will need to be more widespread at bars or coffee shops—otherwise, people will be making themselves available to matches who don’t exist.

Elgrichi said that the same concept would work with phones, too, so theoretically, people can leave devices face-up to signal they’re looking for love. Battery life on the watch is an issue, but WatchMe88 is designed to save battery as much as possible.

“Since we knew it would be a problem, we designed it in way that it would check your location and interact with the server only in certain intervals that we can ways we can modify,” he said. Right now, it only interacts with the server in 30-second intervals.

But the real issue of the app isn’t technical. By lighting up your wrist signaling interest, you’re essentially putting a bullseye on your arm letting everyone, not just Apple Watch wearers, will think you’re approachable.

By lighting up your wrist signaling interest, you’re essentially putting a bullseye on your arm.

Considering there are wearables out there that actively discourage street harassment and are targeted at keeping women safe, a welcome sign on a woman’s wrist might invite the wrong kind of attention.

WatchMe88 isn’t the only dating app looking to take advantage of Apple’s newest device. Close Encounters is a blind dating app for Apple Watch users that relies on similar technology to match users. It was made by the people who created 3nder, an app that lets users find a third party for their threesomes.

WatchMe88 is rolling out on Friday to coincide with the launch of the Apple Watch.