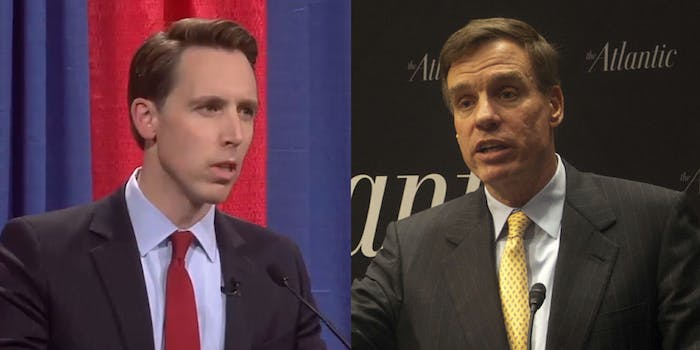 The bill is expected to be introduced today.

Sen. Mark Warner (D-Va.) and Sen. Josh Hawley (R-Mo.) are working to introduce a bill that would require major tech platforms to tell people how much their user data is worth, according to reports.

Axios reported on the plan from Warner and Hawley. The Washington Post notes that the bill would require companies to disclose how users’ data is used and would force them to file annual reports on how much all of the data they’ve collected is worth.

“For years, social media companies have told consumers that their products are free to the user,” Warner wrote on Twitter. “But that’s not true—you are paying with your data instead of your wallet. You should have the right to know what that data is worth.”

The bill, according to the Post, will be called the Designing Accounting Safeguards to Help Broaden Oversight and Regulations on Data Act, or DASHBOARD Act.

Warner and Hawley are also co-sponsors on the Missouri Republican’s Do Not Track Act, which would create a system similar to the Do Not Call List, which would allow consumers to opt out of “unwanted online data harvesting and targeted advertising.”

You can read all of the report from Axios here and the Washington Post report here.