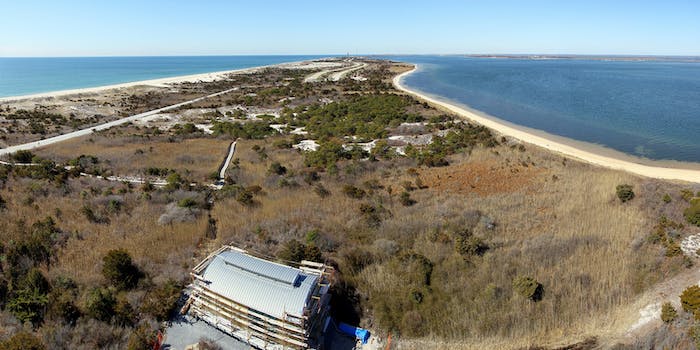 This is some compelling reading right here.

When a group of consumer advocates received hundreds of pages of previously unpublished documents from Verizon following a Freedom of Information Act request earlier this year, they might have briefly imagined the telecom giant was working in good faith. That would all change when they took their first peek at the documents, which were actually just hundreds of pages of blacked-out data.

The “published” material concerns the costs and logistics Verizon needs to maintaining its traditional or “wireline” network in the tiny New York beach community of Fire Island. Earlier this year, Verizon had gone to the New York Public Service Commission to propose dismantling the network, claiming it was inefficient network in areas damaged by Hurricane Sandy. Verizon wanted to replace it with their modern Voice Link wireless service. Residents and consumer advocates blasted the move, and Verizon ultimately promised to provide the island with FiOS, its high-speed, fiber optic-based broadband service, in addition to Voice Link. 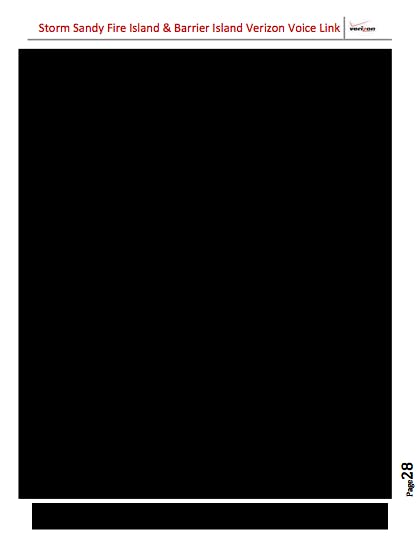 But as Verizon continues to insist on a broad transition from the wireline network to Voice Link—which, as the name suggests, is a voice-only system, without data capabilities—customers and legal experts have continued to demand that the company release details confirming that the old network is as outdated and hopeless as they claim. With nothing but blank pages, however, to detail the problems afflicting the copper-based wires, it appears more like Verizon is trying to shunt its customers to an inferior, but more cost-effective, product.

At any rate, the documents filed with the NYPSC in support of the initial, unpopular Fire Island decision are unlikely to sway any civilians who download them. There’s not a speck of information to be found throughout. As Forbes reported, however, trying to redact all the data based on so-called “trade secret” claims could well backfire:

Verizon’s response may violate New York’s Freedom of Information Law. According to the Court of Appeals of the State of New York, the law “proceeds under the premise that the public is vested with an inherent right to know and that official secrecy is anathematic to our form of government.” It describes blanket exemptions as “inimical” to open government.

It’s stranger still that Verizon seems intent to prevent the public from reading what’s meant to betheir official arguments for the Voice Link plan. Included in the pile, for example, is a memo “about overcoming customers’ objections to Voice Link and responding to requests to return to copper.” If they’re not even willing to let us see the corporate boilerplate written in defense of their suspicious business plan, it can’t be very convincing.