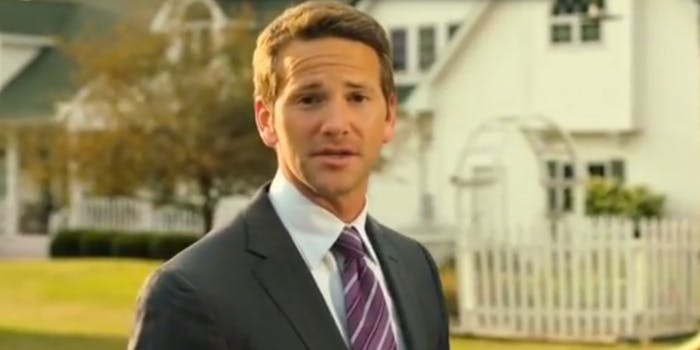 Is it ethical to out someone because he or she is homophobic and in a position of power? That's the question being asked about a journalist's recent statement concerning a politician.

When is it OK to out someone as gay? CBS Logo journalist Itay Hod explored just that question in a lengthy personal Facebook post (which you can see below in its entirety) that seems intended to out U.S. Rep. Aaron Schock, a Republican from Illinois.

While there has been persistent speculation about Schock’s sexual orientation, especially after a number of flamboyant photos and his Men’s Health cover went viral, Schock has maintained in repeated interviews with journalists that he is straight. In 2012, Schock told Huffington Post columnist Michelangelo Signorile that further questions about whether or not he’s gay are not “worthy of further response.”

The issue has been hotly pursued for years in part because of his hyper-conservative stance on gay issues. He was a big supporter of the Defense of Marriage Act that barred federal acknowledgement of gay marriages until it was struck down as unconstitutional by the U.S. Supreme Court earlier this year. He also voted against repealing the military’s “Don’t Ask, Don’t Tell” policy.

Imagine the hypocrisy if it turned out that Schock is gay.

While it’s not clear what the results of the post might be, both in terms of Hod’s continued work as a journalist and Schock’s continued career as an anti-gay Republican congressman, tongues are already wagging on social media sites.