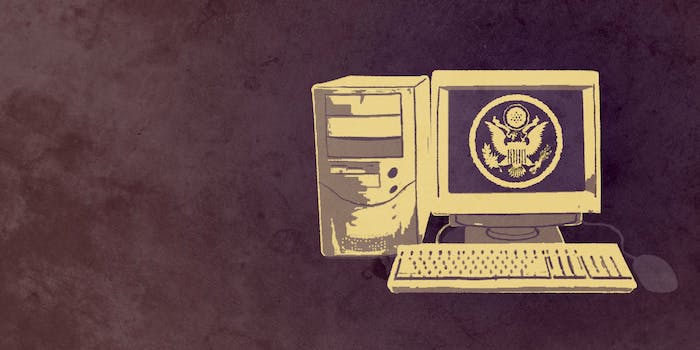 That's not the government's only IT embarrassment.

The U.S. government spends nearly eight out of every 10 dollars in its information-technology budget on extremely old systems running vital national programs, an alarming figure that raises serious cybersecurity, efficiency, and cost concerns.

The finding, part of a new report from the Government Accountability Office, points to the difficulty of upgrading hardware and software inside massive federal bureaucracies and suggests that the Obama administration’s multibillion-dollar IT modernization plan faces a steep uphill climb.

“Federal legacy IT investments are becoming increasingly obsolete: many use outdated software languages and hardware parts that are unsupported,” the report’s authors note. “Agencies reported using several systems that have components that are, in some cases, at least 50 years old.”

Even worse, according to the GAO, federal spending on new versus old systems reflects the wrong priorities.

The number of dollars spent on maintaining archaic systems has increased over the past seven fiscal years—it is 77 percent of all IT spending now versus 68 percent in 2010—while the amount spent to develop and implement modern systems has decreased by more than $7 billion since the 2010 fiscal year.

The Department of Health and Human Services led the way in Fiscal Year 2015 spending on legacy systems, using $4.4 million of its budget to support state Medicare management programs. The Pentagon placed second, spending $1.3 million on the military’s enterprise multimedia network.

The Defense Department in particular seems to struggle with migrating away from outdated equipment. Military network spending accounted for four of the other eight spots on the GAO’s list of the top 10 legacy investments.

As his second term winds down, President Obama has repeatedly pressed government agencies to unplug from legacy systems for both security and financial reasons. His National Cybersecurity Action Plan includes a $3.1-billion IT modernization push, and his 2017 budget proposal would increase total IT funding to almost $90 billion.

But many lawmakers aren’t eager to give the government more money when, they argue, it can just spend its existing money more wisely. House Oversight Committee Chairman Jason Chaffetz (R-Utah), who led a hearing on the subject on Wednesday, is pushing for that approach. Despite backing from a top House Democrat, Obama’s request for increased IT modernization spending, like so many of his budget proposals, appears dead in the water.