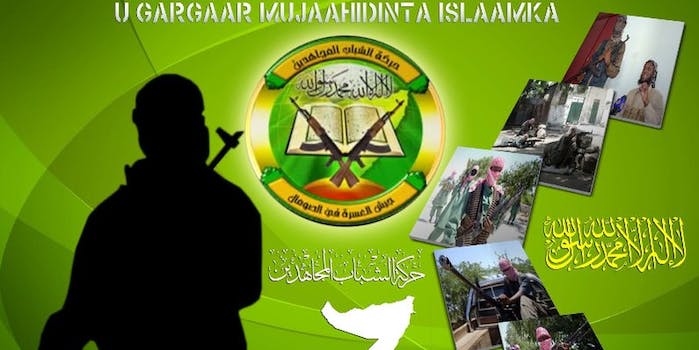 The U.K.'s Home Office wants the power to take down radical websites without court orders.

In the wake of a horrific extremist attack on a U.K. soldier in London last month, the British government may be cracking down on websites that promote extremist or radical Muslim and terrorist ideology.

Despite an extensive 2009 report that concluded that attempts to simply block access to such websites would be “crude, expensive and counterproductive,” British home secretary Theresa May is calling for stricter policing of idealogue websites, a lower government tolerance for extremist groups, and greater pressure on academic institutions to reject applicants who practice hate speech.

So far at least 10 people have been arrested since the public beheading of 25-year-old Lee Rigby, a drummer for the British Army. 28-year-old Michael Adebolajo, one of two men alleged to have hit Rigby with a car before attacking him with a machete and forcing bystanders to record video of his brutal murder, appeared in court for the first time yesterday to face charges.

Adebolajo had been on MI-5’s radar for years but was never identified as a serious threat to national security before the May 22 attack.

Adebolajo is one of thousands of British citizens that May fears could succumb to “radicalization.” To prevent this, the British government is seeking greater authority to take down extremist websites.

Currently, the British government already has the ability to block websites, either by asking website owners to voluntarily remove or filter content, or by obtaining court orders. Since these measures were put into effect in 2010, May claims that the government has effected the removal of nearly 6,000 websites.

But they want more. In addition to the government’s newly formed Extremist and Radicalization Task Force, May is seeking the revival of the controversial Communications Data Bill, nicknamed the “Snooper’s Charter,” which would require Internet Service Providers, phone companies, and website hosts to carefully monitor consumer data, personal info, and activity.

Now, the Home Office is seeking the ability to simply take down extremist websites without the need for a court order.  The desire mirrors the FBI’s attempts to monitor online conversations in real time and force third-party hosts to comply with investigations without having to wait for a court order.  The tradeoff appears to be one of reducing due process in order to increase safety.

But it’s much more complicated than just circumventing judicial proceedings. Last Thursday, Google, Microsoft, Facebook, Yahoo, and Twitter delivered a joint letter to May stating that they would not voluntarily comply with the Communications Data Bill, calling it “expensive to implement and highly contentious.

And even if the “Big Five” lent their support to communications reform, it may do very little to counter the actual problem of homegrown terrorism. Tim Stevens, the co-author of the 2009 report on online radicalization, told the Guardian that since the Internet is forever, the counteractive measures were likely to be ineffective.

The 31-page report, released by the International Center for the Study of Radicalization and Political Violence, points out another “obvious flaw” in the government’s plan:

Speaking to the Guardian, Media Analyst Jamie Bartlett added that targeting illegal content was only half the problem:

One of the big problems is that a lot of the material which is used to radicalise people – and many observers have a problem with that term – or used to get some form of motivation and justification, is actually legal…. It is sermons of a religious nature on YouTube that do not call people to act. It is videos of massacres in the Muslim world which are on BBC as well as everywhere else.

And while extremism grows in reaction to real world events, so does backlash against a perceived Muslim threat. This morning found British police investigating the firebombing of a mosque and Muslim community center.

The English Defense League, a far-right extremist group, may be behind the attack.