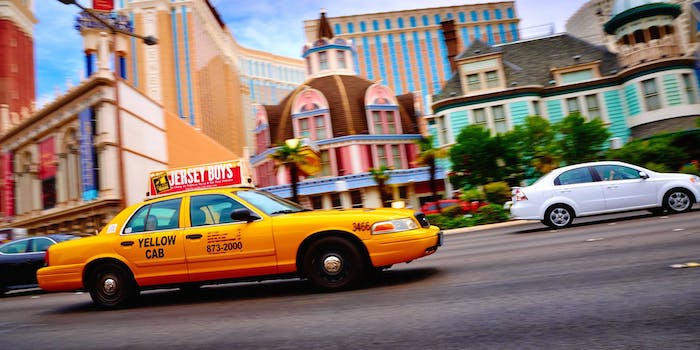 It's not a taxi company, it just operates exactly like one.

Uber, the innovative logistics company that discovered people occasionally need rides, has once again created a game-changing feature that will revolutionize the ride-sharing business: a centrally located phone dispatch system.

The company will test its brand new idea that has never been done before in Pinellas County, Fl. The area where Uber will operate will encompass major cities Tampa Bay and Clearwater, where drivers have presumably been driving around aimlessly and wondering what to do.

Launched in partnership with Pinellas Suncoast Transit Authority, the call-in feature does have a noble cause: it will provide subsidized rides—thanks in part to a $300,000 state grant—to low-income residents who do not have cars or access to the public transit system.

Uber will be providing software that will allow dispatchers stationed at the center to direct Uber drivers to customers who call in. Riders will pay a $3 flat fee, while the rest of the fare will be paid by the county directly to Uber.

In a county where the average travel time to work is nearly 25 minutes and over 15 percent of the population lives below the poverty line, there will surely be people who take ready advantage of the program.

It’s still nearly impossible not to raise an eyebrow at Uber, though, as it has managed to slowly back in to the very business that it was said to be disrupting. Its business model has been enabled primarily by smartphones, and that has allowed Uber to claim itself to be a “technology” and “logistics” company rather than what it is: a taxi company.

Of course, the only reason Uber is even able to step in and provide its service is because county representatives nixed a one-cent sales tax that would have expanded bus service and created a light rail system. The decision left the Pinellas Suncoast Transit Authority underfunded and forced it to cut back on its existing bus routes. Private industry benefiting from failed governance is nothing new, and the result isn’t always to the benefit of the public.

The primary accomplishment of Uber hasn’t been how it connects people—it still uses phones, just in a different way—but rather in how it’s convinced people that its questionable business practices are actually good by wrapping it in the flag of technological advancement.

Among the innovations the company can claim: avoiding regulations that ensure rider safety, lowering employee wages without warning, effectively paying less than the minimum wage, predatory lending practices, and replacing jobs with automation.  All of these have been accomplished by industries long before Uber, the ride-sharing service just managed to put it all in an app.

Piloting a call dispatch center—no matter how commendable the purpose of the program is—serves to highlight just how silly is the whole notion of Uber being anything but a taxi by another name. It’s one “innovation” away from telling its drivers to paint their cars yellow so riders can recognize them.