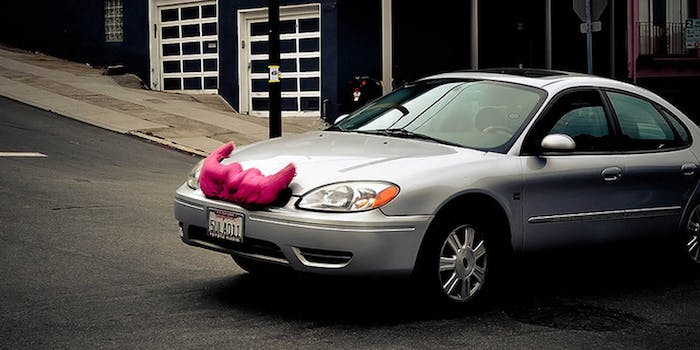 Fight the urge to (pay for) surge (pricing).

Uber, the upscale alternative transit company/ lightning rod for debates on class warfare, published some “pro tips” on its blog for riders on New Year’s Eve that includes avoiding the service from the hours of midnight to 3 a.m., otherwise known as the hours people most want to catch rides. Uber expects hefty “surge prices” to be in effect during these busy hours—surge pricing that will make taking Uber unaffordable for most users.

“If it’s before 8 p.m. on New Year’s Eve, you’re good,” he says. So Uber is fine if you’re heading out early, but if you’re leaving later or trying to head home, it’s going to get tougher and exponentially more expensive.

Despite this insanity, many of us have a fun Uber story. The first and only time I took an Uber, I was with my friend Cory, whose work pays for his rides, and my friend Juyoun who was visiting me from Seoul and was going through a really crappy divorce and kept asking strangers inappropriate questions like if they were rich (answers varied) and if she was fat (emphatically, no). She asked our Uber driver if he did drugs. He offered us weed. We declined, but I was left with a perhaps not altogether accurate impression that Uber could be used as an impromptu contraband source as long as you were an astonishly forthright and glamorous Korean. I don’t regularly take Uber because a) I am not fancy and b) see number one, forever. I would take it again if Cory’s work paid, though, because our driver was chill and it was convenient.

But the point is despite all its pros, the cons—like, tonight—make us look elsewhere. Tonight prices will climb so high only a very small number of people choose to take them.

There’s been plenty of debate about Uber’s surges, but whether you’re a John Galt devotee like its CEO or, you know, a non-sociopath, the service will likely be hard to come by on New Year’s Eve and even harder to afford.

All that said, here are eight alternatives to Uber’s exorbitant fees this New Year’s Eve. Because everyone should be able to get home safely.

Uber’s main competitor also has surge pricing in certain cities, but Lyft has it capped at 200 percent, which is far more reasonable than Uber’s primetime surge prices. In other cities, it doesn’t have surge rates yet, making it even more affordable. Lyft is available in 19 cities, and because it’s a peer-to-peer service, prices are substantially cheaper than Uber. Of course, Lyft drivers may not be as motivated to pick up riders tonight, so they may be scarce. Still, it’s a good option to explore. And on the other hand, non-revelers will be out since they know your drunken self is going to be ready to pay up for a ride home.

Like Lyft, Sidecar will also have surge prices in action on New Year’s Eve. But unlike Uber, both Sidecar and Lyft are capping their surges, so they’re still likely to be more reasonable options. Sidecar’s surge will be three times the normal price, though, so while it’s an option… it’s not a great one.

So the major ridesharing apps are all boosting their prices, not just Uber. Normal taxis will be the same price as always, though. The only trick: in some cities, they’ll be extremely hard to come by. Seattle, for instance, has just 1000 licensed cabbies, all of whom will likely be out and swamped during New Years Eve peak hours. If you’re set on using a car service of some sort, trying for a regular cab before checking out the surge-priced rideshare apps may save you money.

You can maximize your chances of finding a normal taxi by using Taxi Magic, a service that allows you to book and pay for cabs through your phone. It’s available for 25 cities and makes it more convenient to grab a cab. Hailo is another app that connects with licensed taxi drivers to make finding an available car more convenient.

Real talk, taking a car service on New Years is convenient, but it’s going to cost you money and be a hassle. My advice to anyone who lives in a major city: just take the train or bus. Many cities offer free public transit on New Year’s Eve. Why not take advantage? I’ve used Chicago’s CTA “penny ride” on several New Year’s Eve nights, and it’s a festive atmosphere. And New York’s MTA and most other public transit isn’t free, but it’s also a measly couple of bucks compared to throwing down hundreds of dollars for an Uber. Public transit is the most sensible choice for people in big cities (and small cities with good systems) and I strongly encourage this option.

Crash at your friend’s house

I’m kind of over couching it, but it’s a smart option if you’re out boozing and getting home is expensive or unsafe. Also, there’s like a 64 percent chance you’ll get free coffee in the morning.

Have a sick houseparty

Excellent alternative: make your New Year’s Eve destination YOUR OWN HOUSE. I also strongly encourage this option, especially if you live in Toronto and want to invite me?!