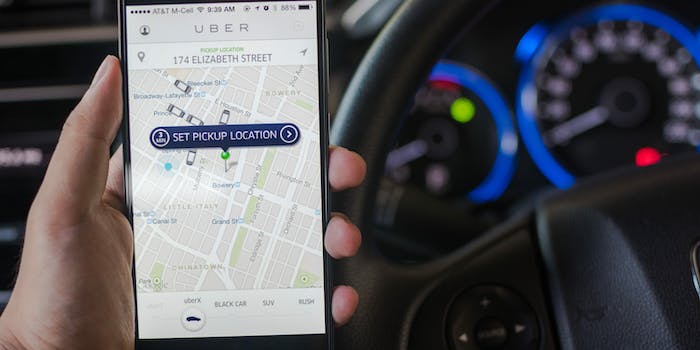 Put it on my tab.

A few months ago, a video surfaced showing Uber’s CEO belittling one of his own drivers. In the heated discussion, Travis Kalanick talks about beating Lyft. After the driver calls that feat a “piece of cake,” Kalanick responded: “Well it seems like a piece of cake because I’ve beaten them. If I didn’t do the things I did, we would not have been beaten them, I promise.”

We now have a better idea of what those “things” are, and it’s no wonder Lyft had such a difficult time keeping up. A report from the Information says a program called “Hell” was used between 2014 and early 2016 by top executives and data scientists at Uber to steal drivers from top competitors, including Lyft.

Uber created fake Lyft accounts and used software to trick its rival’s system into thinking its ghost drivers were dispersed throughout cities. This let Uber see the eight closest Lyft drivers from the location of each of its fake accounts. Uber then used those driver’s unique identifiers to monitor their behavior and find out if they were driving exclusively for Lyft, or splitting their time between both apps.

Kalanick and his top executives used a number of questionable practices to entice drivers to stop driving for Lyft. Those who drove for both companies were offered a bonus rewards program designed to lure them away from double dipping—it was not offered to Uber-exclusive drivers. This program would give drivers who worked for both companies more rides than those who only drove for Uber, and even rewarded “double appers” substantial bonuses after completing a certain number of rides. Those who suffered most were the drivers most loyal to Uber.

“Hell” is the sister program to “God View” and “Heaven,” controversial programs used to track Uber’s own drivers and passengers. The software was scrapped in 2016 after a Lyft expansion made the bonus program too expensive.

A spokesperson at Lyft told the Information, “We are in a competitive industry. However, if true, these allegations are very concerning.”

We have reached out to Uber and will update this story if we hear back.