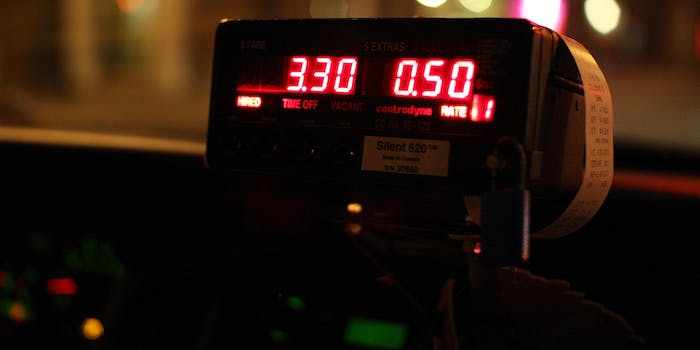 Make no mistake, Uber is in the driver's seat.

Women using Uber just can’t catch a break—even if they’re behind the wheel.

An unsettling new BuzzFeed report discovered that some predatory Uber riders are abusing the company’s lost-and-found system to track down and harass female drivers after their rides have ended.

As BuzzFeed reports, the Twilio contact numbers generated by Uber’s lost-and-found system are supposed to expire shortly after a ride, giving a rider a reasonable interval of time in which to claim whatever they might have left behind. Unfortunately, that doesn’t appear to be the case, according to the story of at least one female Bay Area driver.

The scariest part isn’t just that a rider drunkenly demanded that the female driver come to his home to drop off the iPhone he’d left behind, but that he then began to make threats when she wasn’t willing to do so late at night. (She’d already made one earlier attempt.)

“‘I know where you live,” the rider told the female driver. “I found my iPhone, I know everything.” The rider could use Apple‘s Find My iPhone feature to pinpointing the exact location of the female driver’s home.

Come to think of it, the scariest part is really how Uber handled the situation.

Without a proper hotline to resolve driver–rider issues, the driver was forced to email Uber while struggling to figure out a safe solution on her own, under duress. She reached Uber by email and discovered that Uber might have provided the rider with her phone number—something the company explicitly claimed it didn’t do.

Uber says that driver phone numbers are anonymized using Twilio, but they appear to persist for some time—long enough for BuzzFeed to call a month later and reach the same driver. At least two other female Uber drivers in other markets have reported similarly harrowing stories about Uber’s poorly implemented lost-and-found system and the failure of Twilio phone numbers to expire within the 48-hour window the company claims.

Female riders around the world have suffered from Uber’s enduring failure to disrupt the safety risks implicit in hopping into a car with a stranger. Uber often touts its unquantified achievements in reducing drunk driving (presumably among the class of folks who can afford an Uber), and the illusion of safety has been a cornerstone of the ride-sharing company’s aggressive marketing and expansion tactics.

Uber’s lost-and-found system has already had its own share of issues, like the time the contents of its database were published online (yes, of course someone lost their medical marijuana card). The fact that female drivers are suffering from another thoughtlessly executed Uber policy is only the latest reason for women to wonder what exactly it is that Uber is disrupting at all.