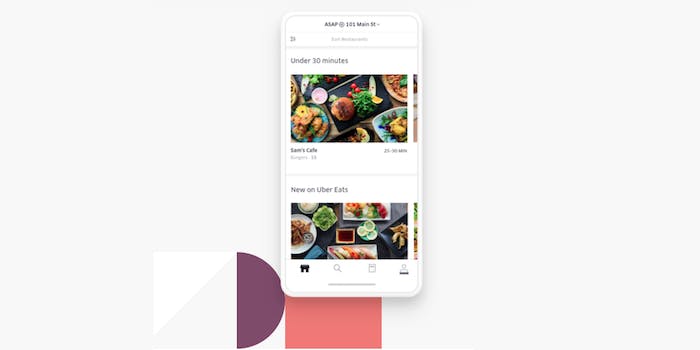 The delivery fee now varies based on the distance.

Uber Eats is switching up its delivery fee policy. For some orders, it’s for the better, but if you’re ordering food from a distant restaurant, the change could make things pricier for you.

Previously, Uber Eats, Uber‘s food delivery subsidiary, charged a blanket $4.99 delivery fee for orders. It didn’t matter how much you ordered or how distant the eatery. Beginning today, that’s changing. The delivery fee will now vary by city and by how distant you are from the restaurant. Typically, that will mean a delivery fee between $2 and $8.

“We’ve been talking to eaters to better understand what are the barriers,” Uber Eats product manager Ben Dreier told CNET. “What became obvious was that we needed to change something about our core fee feature.”

Uber Eats currently serves eaters, aka humans, in 293 cities across 35 countries, including in metropolitan areas where the Uber ride hailing service isn’t available. The service has partnerships with more than 100,000 restaurants, including upscale restaurants and fast food chains.

With the fee change, Uber Eats app users will be able to sort restaurants by delivery fee in order to slightly help save costs. According to its testing phase, 52 percent of orders ended up with fees less than the previous $4.99 charge, so users are saving a bit of money on orders just over half of the time.

Uber Eats differs from other food delivery apps like GrubHub in that the service, rather than restaurants, set the delivery fee. If it’s a particularly busy delivery time, Uber Eats—like its ride-sharing cousin—may also charge surge pricing.